See the First U.S. Preview Screening of Muse of Fire at the Great River Shakespeare Festival 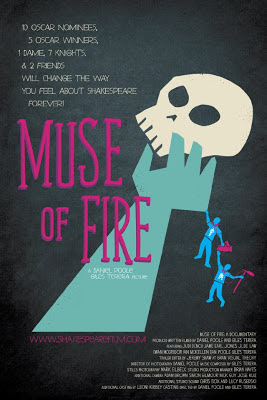 But, in conjunction with Winona’s Frozen River Film Festival, they are also offering a preview screening, for the first time in the United States, the documentary Muse of Fire, an innovative film in which two actors set out on a quest to find out more about Shakespeare. And they seem to have interviewed everyone from Dame Judi Dench to Sir Ian McKellen—and even people who don't have OBEs—in their effort to do so.

I could say more, but let me allow the actors and directors to make the case themselves for coming to the preview screening at The Great River Shakespeare Festival:


If that doesn't sway you, take a look at the trailer for the film. It's brilliant:


And if that doesn't move you, let me tell you this: I, Bardfilm, will be there in person to lead a discussion after the screening.

All right. If even that doesn't move you, perhaps this picture of Sir Ian Mckellen during the making of the film will be the final encouragement that will enable you to come see the film: 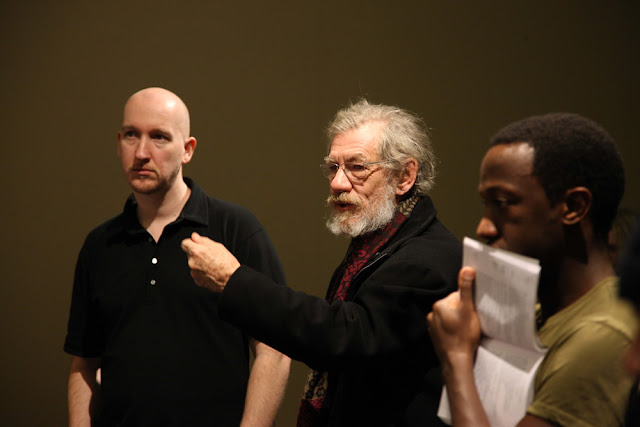 I hope to see you there!
Links: The Official Site for Muse of Fire. The Film at IMDB. The Great River Shakespeare Festival.
Copyright 2008-2039 by kj at 5:40 PM