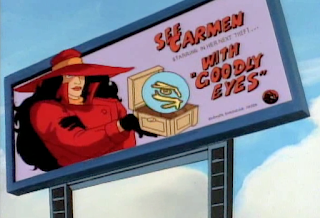 GOODLY eyes? I thought it was GOOGLY eyes. No wonder Caarmen got away from me.

No doubt you accidentally arrested the innocent Barney Google instead of the guilty-as-sin Carmen, Anonymous!

hi i'hve this new blog,can u please take a look