Revisiting Shakespeare in the Bush 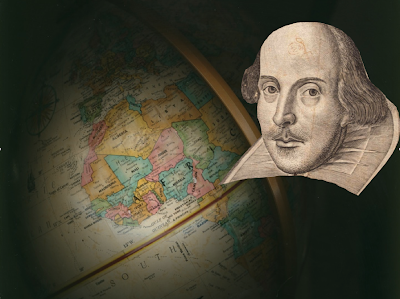 Bohannan, Laura. “Shakespeare in the Bush.” Natural History August-September 1966: 28-33.
Rpt. in Pen America: A Journal for Writers and Readers 1.2 (2001): 66-76.Some considerable time ago, I wrote on the notion that a production of Hamlet was like a game of chess. The analogy I proposed was designed to enable contemplation of the way meaning and form relate. I suppose (to put it in [perhaps] needlessly-Saussurian terms) the rules of chess are la langue while a specific game of chess is une parole. In other words, the rules of chess are its grammar while a game of chess is a text—a manifestation of those rules.

The question, when taken from linguistic theory through chess to Hamlet, becomes complicated. Is the text of Hamlet the equivalent of la langue and a given performance of the play une parole? Or is the text of Hamlet itself une parole—one that points toward a meaning that lies beyond itself? If it is the latter, then there may be different forms that draw upon the same meaning presented in Hamlet. If it is the former (disregarding the question of which text of the play is the text of the play), then any specific performance can either be described in terms of its adherence to the rules or be used as a way of determining what the rules of Hamlet are.

Hamlet delivers meaning in a highly-specific form. Another form may deliver similar (or identical?) meaning. The issue becomes whether such a form would be Hamlet or just be like Hamlet.

At this point, I need to repeat the sentence that my grandmother often said: “I told you that to tell you this.”

In 1966, the article "Shakespeare in the Bush" by Laura Bohannan was first published. It has been reprinted in numerous places since, and it’s available on the web in an authoritative version here.

The narrative itself is extremely interesting, even though its presentation leaves a great deal to be desired. Indeed, the title itself may be considered offensive: the word “bush” here is a charged term that conveys a sense of superiority and condescension that is genuinely intolerant, intolerable, and imperialist (cf. the OED’s example quotation, written by J. S. Huxley in 1942: “Over most of Africa . . . not 10 per cent of the schools are anything but the most primitive sub-elementary bush-schools.”

The condescension in the title carries over into the narrative. Bohannan is an anthropologist who has travelled to a remote section of Nigeria to study the Tiv, one of the people groups that live there. Because she isn’t able to witness the ceremonies that she went there to study, she becomes morose and withdrawn. Eventually, she is asked to tell one of the stories of her country. She tells the plot of Hamlet. The members of the Tiv raise objections. The conclusion is that Hamlet cannot be transplanted or translated or transmigrated into the Tiv culture. 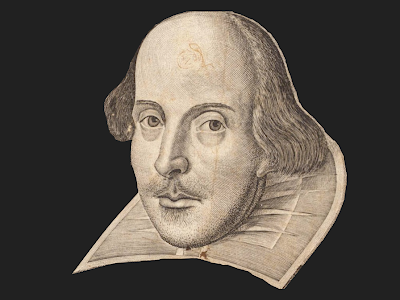 I think I’m ready to concede if the play were translated word for word and plot point for plot point into the Tiv language that it wouldn’t be a very good play. If a culture doesn’t believe in (or cannot suspend its disbelief in) ghosts, and if a major portion of the plot hinges on the nature of ghosts, the play becomes less comprehensible. It would be as if a play where a man from Mars appears to the protagonist and tells her what she ought to do was presented to playgoers who cannot suspend their disbelief in extraterrestrial beings. It would make a certain amount of sense, but the general reaction could be summed up in the phrase “Yeah, right!” and it wouldn’t be taken seriously.

Likewise, it seems like a careful consideration of Tiv beliefs (which an anthropologist working among them would have) could make the transmission of a comprehensible Hamlet relatively easy and poignant. The objection to the ghost of Hamlet’s father could be overcome by presenting that character as either “an omen sent by a witch” (29) or “a dead body the witches had animated to sacrifice and eat” (30)—in other words, a Zombi—suggestions made by members of the Tiv during the course of the conversation. Claudius could also be held responsible for Hamlet’s madness because of witchcraft, and Laertes could have “killed his sister by witchcraft, drowning her so he could secretly sell her body to the witches” (33).

Maddeningly, Laura Bohannan did not immediately bring in a film crew, a screenplay writer, and an anthropological consultant to produce a Tiv Hamlet with a Zombi Hamlet, Sr.; a witchcraft-practicing Laertes; a Gertrude who, according to local mores, was entirely right to marry Claudius; and a Hamlet who was bewitched into actual madness instead of merely pretending to be mad. What a show that would be! What a production! What a story! What a play! Using Tiv culture to tell the story of Hamlet instead of smashing the story of Hamlet into Tiv culture is both a brilliant and attainable idea!

But would it still be Hamlet?

It’s clearly like Hamlet, even if the original language is abandoned and some major plot points are altered significantly. A play like the Tiv Hamlet here imagined would still be recognizable as Hamlet. And it might be the only Hamlet comprehensible in that culture.

A game of chess played entirely without pawns or a game in which players make two moves per turn would be recognizable as forms of chess. Acknowledging that this parole is a departure from the absolute norms of la langue while still being indebted to them may be a reasonable qualification, but it shouldn’t detract from the interest in studying the differences it makes.

In “Shakespeare in the Bush,” the old man says, “We believe you when you say your marriage customs are different, or your clothes and weapons. But people are the same everywhere” (33). People, like Hamlets, are not identical everywhere, but there are enormous similarities. Recognizing and studying the similarities and differences will make for better understanding among people everywhere—not to mention better Hamlets for everyone! 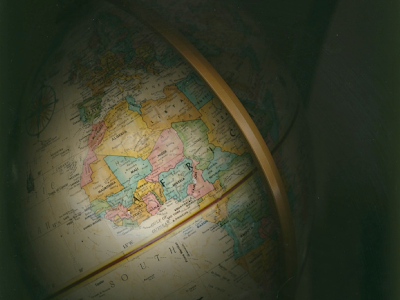 Thank you for writing these interesting reflections. I use Shakespeare in the Bush for my anthropology courses. I've borrowed your image (with a link) for my blog-post. Hope that's OK, and thank you again!

Thanks! That's fine—and the link is appreciated!