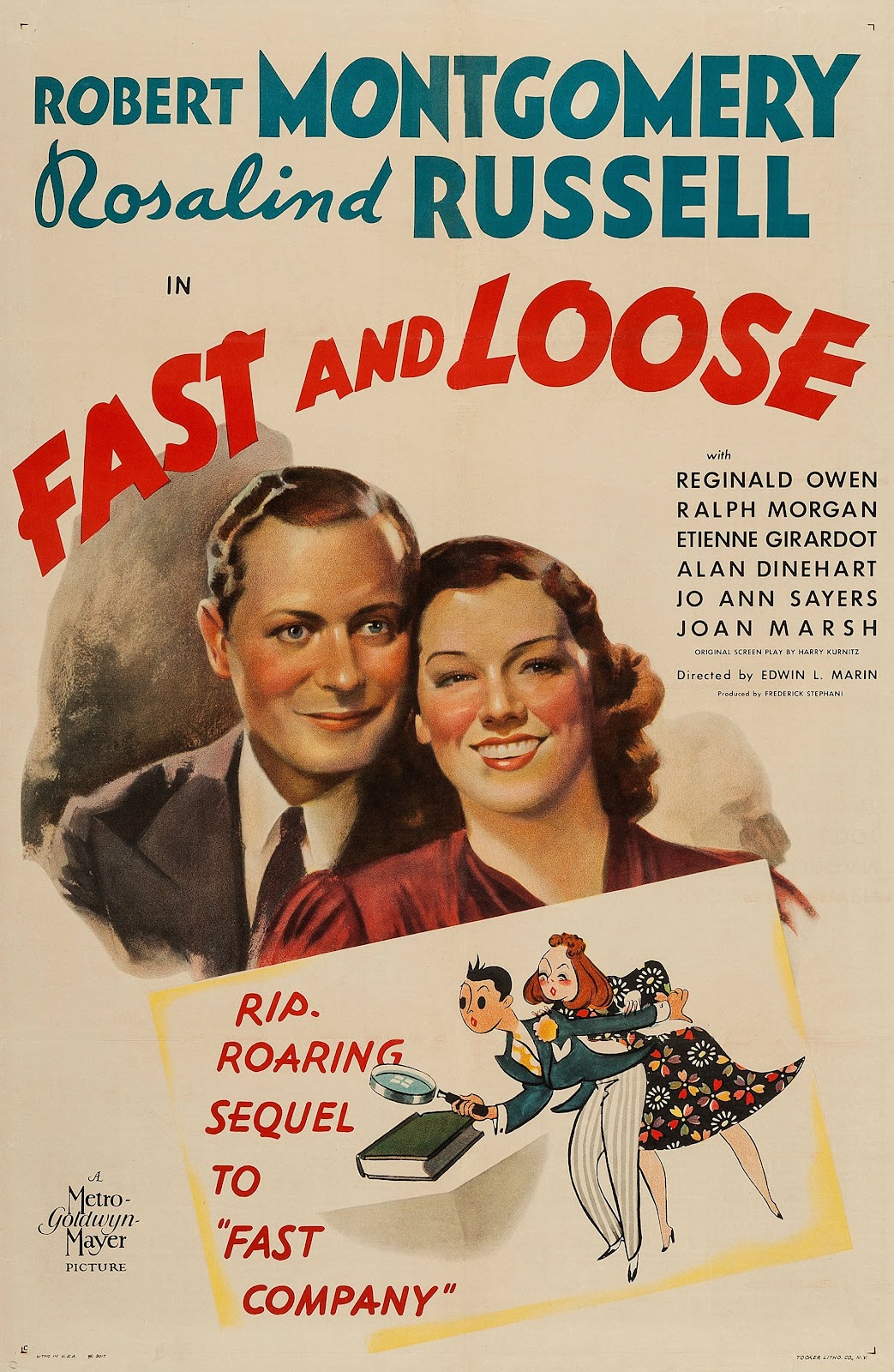 Fast and Loose. Dir. Edwin L. Marin. Perf. Robert Montgomery, Rosalind Russell, and Reginald Owen. 1939. DVD. Warner Archive, 2013.
Fast and Loose is the second of three films in the Fast movie franchise: Fast Company, Fast and Loose, and Fast and Furious (Note: Not The Fast and the Furious—just Fast and Furious. Each of the films features the husband and wife rare books dealers / amateur detectives team Joel and Garda Sloane (played by different actors in each of the three films).
I'm fond of this film (though the first one is admittedly better)—and, naturally enough, my interest lies primarily in its use of Shakespeare. Here, the Maltese falcon (if you will) of the film is a Shakespeare manuscript. All we learn about the manuscript is that it's "the only scrap of Shakespeare manuscript in the whole world . . . a little throwaway worth about half a million dollars." From the one brief glance of the manuscript that the film supplies, we can tell it isn't Hand D from the manuscript of the play Sir Thomas More (you can find a tiny bit more about that play and Hand D here, and if you really want to go down a rabbit hole—including lots of conspiracy claims related to the passages written by Hand D—go ahead and Google something like "Is Hand D Shakespeare's?" . . . and good luck to you).
As so often happens, I appear to have digresses. So let's just head back to the film, shall we?
Here's a bit of the Shakespeare-related material. Take a gander:

That sets the stage for an intriguing detective story. Yes, the manuscript is stolen. But no, it isn't—it was a forgery. Or was it? And then we get some suspects. And then we get some murders. All in all, it's a good detective film.
But let's take a closer look at the glimpse of the manuscript (see the image below; click on it to enlarge it). I've zoomed in as close as I can on two devices, and I've even tried projecting it on a screen in one of our classrooms, but all I can make out is an exchange of dialogue between two people, and most of it seems to be in prose. Are any of our paleographers out there able to decipher the handwriting? Are any of our film historians able to give us any insight? 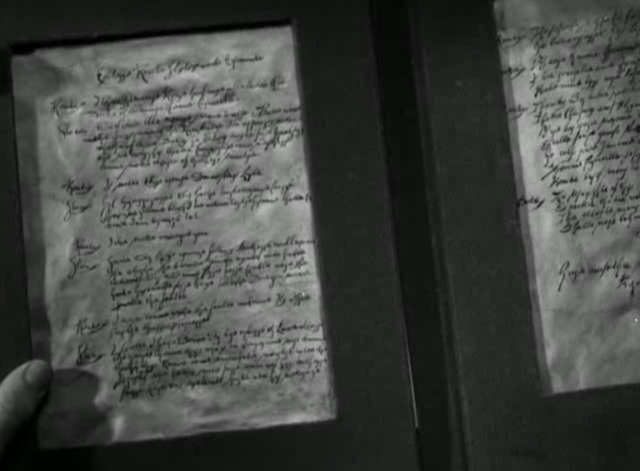 Each of the films offers a fun romp through the rare book world, and I recommend them.
Links: The Film at IMDB.