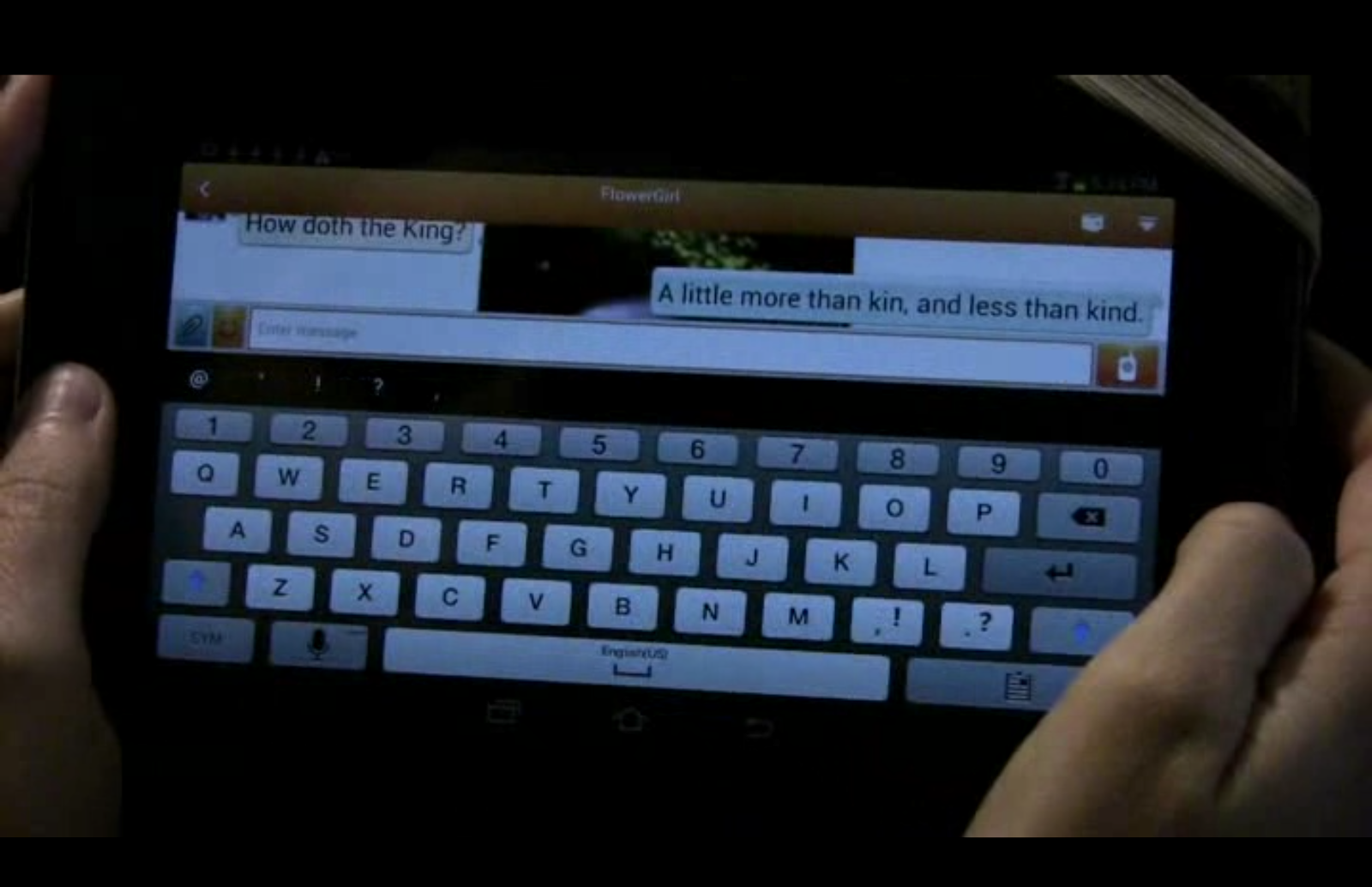 Hamlet: The Series. Six episodes. Dir. Bob J. Koester. Perf. June Greyson, Kitty Mortland, Joe Page, Liz Kummer, Alex Molnar, Christopher Lysy, and John McDonnell. 2014, 2015. DVD. N.p., 2014-2015. I purchased this at the end of a fiscal year—largely because it used up my budget nearly to the penny. I didn't expect much; I didn't get much. It's one of those things funded by Kickstarter that didn't entirely pan out as the creative minds behind it likely intended.
Hamlet: The Series is a set of six episodes that modernizes Hamlet. In a number of ways, it's repeating some of the schemes of the 2000 film directed by Michael Almereyda (for which, q.v.). There's a lot of technology worked in, including Hamlet texting Horatio parts of her soliloquies. Yes, her soliloquies. We have a female Hamlet (Hamlette?) here. It's an interesting decision, but the production doesn't do much with it.
What's mildly interesting is the use of a news program to introduce some of the plot devices. I'd like to show you a bit of that—and you'll also be able to gather the general quality of the production from it. You'll also see our ghost, and you'll be introduced to our Hamlet. Here you go:

I thought I'd give you their "O, what a rogue and peasant slave am I" to round things off:
There you have it. Some somewhat interesting ideas that are not carried out very well. I won't be trying to track down episodes four to six.
Links: The Film at IMDB.