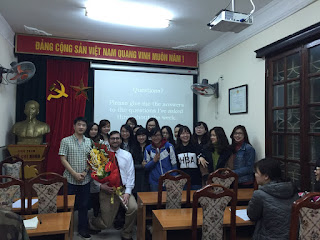 Jones, Keith. A Series of Lectures on Shakespeare. Vietnam National University—Hanoi. 7-10 March 2016.
I'm waiting in the hotel lobby for a ride to the airport so that I can spend another twenty-four cumulative hours in flight—this time, to return home.

I had a number of meetings and some wonderful meals with faculty and administrators, and I gave four two-hour lectures on Shakespeare to groups of forty to ninety students.

If you're keeping score, these were the titles of the lectures:


Elizabethan England and the Life and Works of William Shakespeare

A Dream in Hanoi: Shakespeare in Vietnam

Shakespeare: Globe to Globe and Back Again

What Happens in Hamlet when Hamlet Goes to Asia

The students were remarkably astute, and they were interested in Shakespeare and in what I had to say about him. They asked really interesting questions that showed they were thinking keenly about the material. I have yet to go through their answers to the questions I gave them (and to have them translated), but I think this was a remarkably productive beginning to what I hope will be longer-term field research.

And I also spotted a bit of Shakespeare here and there. For example, there was a blank book with a Shakespeare-related cover: 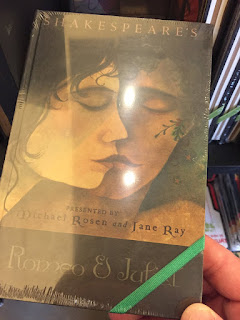 And there was a volume in a touristy shop for anyone who needed to brush up on Shakespeare quickly: 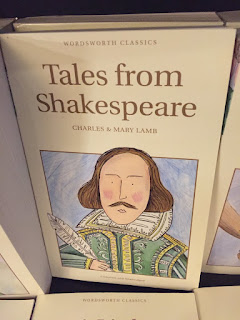 In the course of answering a question, I imagined a production of Romeo and Juliet as an example. "What if," I said, "the production was set in Hanoi during the war, and Romeo was an American and Juliet was Vietnamese?" The translator was immediately very interested in the idea—and that interest seemed to spread through the rest of the group. I know I would certainly like to see something like that coming out of the Vietnamese film industry!

My hope is that this is just the beginning. I would love to spend my next sabbatical in Hanoi at Vietnam National University, helping organize conferences, plan curriculum, teach Shakespeare, and even encourage productions of Shakespeare.

Vietnamese scenario of Romeo & Juliet: Your classroom illustration may be the spark that lights a fire!