A Children's Book Version of Othello: If You Give Iago a Handkerchief 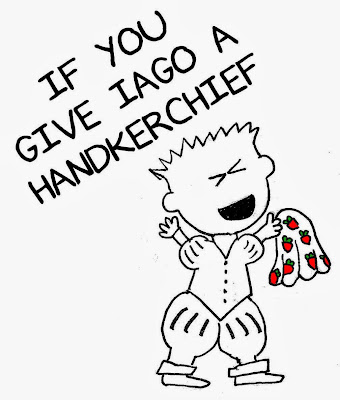 Jones, Keith. If You Give Iago a Handkerchief. Bardfilm. N.p., 3 November 2013. Web. 3 November 2013. Illus. by Mya, a.k.a. @GoodTickleBrain, Shakespearean Web Comic Artist.
I don't have the illustrative skills of—to choose an illustrator at random—Felicia Bond. But, thanks to the efforts of @GoodTickleBrain, I have an opening illustration! Nor am I an accomplished children's book author like—again, a random choice—Laura Joffe Numeroff.

But I do know the plot of Othello, so I've written a children's book version that is sure to please adults and kids alike. You'll just have to piece out my imperfections with your thoughts and imagine the illustrations (with the exception of the one provided above) for yourself.
If You Give Iago a Handkerchief

If you give Iago a handkerchief, he’s probably going to want to frame Desdemona with it. As he thinks about how to go about framing Desdemona, he’ll probably want to explain it with a soliloquy.

He’ll go on and on about making his fool his purse and bringing a monstrous birth to the world’s light. As he delivers his soliloquy, he’s going to get thirsty. He’ll want a drink. But he won’t want to drink alone. He’ll invite Cassio over.

Cassio will say that he has very poor and unhappy brains for drinking, but Iago won’t listen. He’ll keep calling, “Some wine, ho!” and making Cassio drink.

Cassio won’t be able to hold his liquor. He’ll start a fight and wake up the whole house.

Cassio’s turning green will make Iago think of jealousy, the green-eyed monster which doth mock the meat it feeds on. And that will remind Iago of his own desire to bring Othello down.

When the light goes out, Iago will think that it’s time to get rid of any witnesses to his perfidy. But he’ll be too late. He’ll get involved in a huge scuffle over who killed who and why and who lied about what and why. 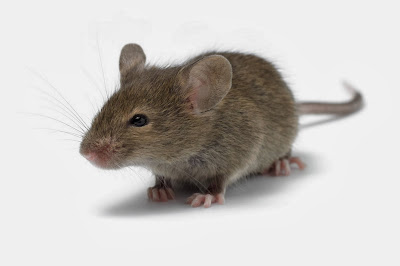 I loved the book and I love this version. Very clever. Well Done.

I loved the book and I love this version. Very clever. Well Done.

Thanks very much, though I'm not sure I believe the "average" in your signature. Clearly, you have taste and style, putting you well above average.