Romeo and Juliet: The Rock Opera 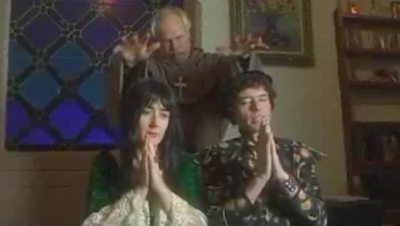 In it, the rock bank OGGI (or a rock band played by OGGI—it's not made clear) is "Transported through time to rock with Shakespeare."

It looks pretty bad, and the announcer on the trailer below sounds like he's embarrassed by what he's saying—he really doesn't sell the film at all!

I don't usually think of Romeo & Juliet as "filled with fun and laughter" *eyebrow raise*.

Have you considered that you might be mis-reading the play?