Hamlet and A Game of Chess 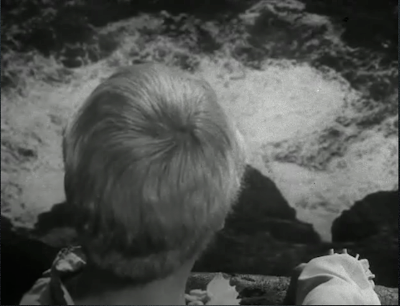 Hamlet. Dir. Laurence Olivier. Perf. Laurence Olivier, Jean Simmons, Basil Sydney, Eileen Herlie, Norman Wooland, Felix Aylmer, and Terence Morgan. 1948. DVD. Criterion, 2000.The rule of infinite regress is only one reason to have many different versions of Hamlet. Another is the rule of chess.

I hope the title of this post hasn't misled anyone into thinking I'm writing about Thomas Middleton's A Game at Chess (a play you should all read when you get a chance). Instead, I'm thinking about the ways the rules of chess are like the rules of producing any version—film or stage or personal reading—of Hamlet.

How many of you remember game seven of the 1987 World Series? On the bleak and horrible day on which that game was played—October 25, 1987—the St. Louis Cardinals suffered defeat at the hands of the Minnesota Twins. Can you recall Game Six of the 1985 World Series? It was October 26, 1985. Kansas City. A bleak and weary town. An umpire called a Kansas City player safe. As a result, some argue, the Cardinals lost the game that would have secured the championship. How many of you remember the 1987 match in Brussels between Ljubomir Ljubojevic and Garry Kasparov? How many remember the 1948 Hamlet with Lawrence Olivier? The questions in this paragraph are about specific applications of the abstractions in the previous paragraph.

All these different games have extensive similarities. There are general rules (the rules of baseball, the rules of chess, the text of Hamlet) and specific application of (or failure to apply) those rules (the 1985 World Series, the 1987 Ljubojevic / Kasparov match, the 1948 film version of Hamlet). Moreover, the specific games may or may not be remembered—and some may be best forgotten. But the abstraction of “The Game” continues and is enduringly interesting.

Twenty opening moves are possible for white in a game of chess; and black may respond with any one of twenty moves. After three or four moves, the number of possible moves increases somewhat. After eight or nine moves, the number increases enormously—but, as pieces are removed from the board or become trapped, the number rapidly decreases. The end of the game is determined, ideally, by checkmate, although other endings are possible. I cannot calculate the number of possible chess games—mathematically or otherwise—but I estimate it to be infinity minus three. The virtually-unlimited possibilities—within (and this is most vital) a rigid structure—ensures continual fascination.

When a reader, teacher, student, or director approaches the text of Hamlet, the same concept applies. Seemingly-small decisions like which text to use, how much of the plot to reveal, who to cast in a given role, and how to have that actor play that role have a cumulative effect. Moreover, each small decision has an effect on every other element of the play. In the highest levels of competitive chess, the opening ten moves may seem perfunctory. Yet those small moves are determining the tenor of the entire game. In reading Hamlet or in directing a stage or film version of the play, the decisions readers and directors make about each character, though similarly incremental, determine the nature of every other character in the play.

For example, here are three of the characters in the play and some of the ways in which incremental changes to the characters around them change our understanding of each one's own character:

Hamlet. The more evil Polonius is, the less we blame him for Polonius’ death. Indeed, the more terrible Poloinius is, the more we may view his death as deserved. But if Polonius is more of a comic figure, it makes Hamlet’s action more misguided.

That's just an opening gambit—call it the Rosencrantz and Guildenstern Gambit, if you like—on an important issue. This idea has extensive implications for staging, reading, and watching productions of Hamlet. I'm currently interested in portrayals of Shakespeare in Vietnam. Some would argue that these incremental changes eventually become large enough that Hamlet is no longer what is being portrayed. Instead (they argue), the Shakespeare has been lost. I disagree, preferring to see the interest and significance in the ways different cultures make sense out of characters, speeches, and plots that westerners have also made sense out of—in different ways.

I'll return to this issue later. Re-reading Laura Bonannan's "Shakespeare in the Bush"—a popular article on relating the plot of Hamlet to a homestead of the Tiv people in Nigeria—has given me a great deal of food for thought (beginning with the pejorative-sounding title of the article). The article is extremely interesting—although it strikes me as somewhat contrived and somewhat naïve. But you'll hear more on that later!
Note: The Olivier Hamlet is used as an example here because I've had this image of the back of Hamlet's head for a year now and haven't done a thing with it! Links: The Film at IMDB.

"Some would argue that these incremental changes eventually become large enough that Hamlet is no longer what is being portrayed. Instead (they argue), the Shakespeare has been lost. I disagree..."

But doesn't that break down your analogy? I mean, if the way you portray Gertrude is analogous to how you prefer to use your queen in a game of chess (does she sit in the corner exerting pressure or is she gobbling up pawns in the center), naturally as you point out that affects the role the other pieces must play, but you're still playing chess. Certainly, if you choose yellow and blue for the board colors the game looks different, but is still chess.

But if you allow the queen to move as the knight does, or add a few extra squares to the board, then is it still the same game? If the plot is analogous to the rules of the game, then you can't change it much and still call it the same play.

You say "The virtually-unlimited possibilities—within (and this is most vital) a rigid structure—ensures continual fascination.", but then in your last paragraph imply that you aren't actually interested in maintaining that rigid structure. To me, chess variants like Chess 960 and Fischer Random Chess are interesting, but they are not chess; They represent their own abstraction, no matter how closely related to the original game.

So I think it's perfectly fair to say that exploring the possibilities and choices within the rigid structure of the play is fascinating, but it's the director's responsibility to respect and play by the rules.

If I were to go see a Kasparov chess exhibition match and he started playing a game with the same pieces but different rules, I'd be the first to stand up and say "That's not Chess!"

Thank you very much, Christopher, for the stellar questions!

I find that, like a bad player of chess, I was trying to think three moves ahead and have neglected the game immediately before me. In thinking about addressing cultural transmigrations of Shakespeare, I didn't articulate my analogy as clearly as I should have.

I also find that I need more space (and more time) to comment fully on your good comments.

Briefly, the analogy can break down. But the thing to avoid is slavish devotion to the text—saying Olivier's Hamlet isn't Hamlet because it has neither Rosencrantz nor Guildenstern.

Would a game of chess still be chess if one player agreed to be handicapped by starting without a queen? The game would still be recognizable as chess—but would it be chess or would it just be like chess?

Along similar lines, is a derivative version of a Shakespeare play still that Shakespeare play? And how much of the play can you change or abandon before it becomes something else?

Perhaps the rigidity I mention needs to be more flexible. Or perhaps I put it that way because I object to the implications of "Shakespeare in the Bush" (about which I'll be posting at some point this week) are that non-western cultures can't understand Shakespeare—or that what they understand isn't Shakespeare any more.

Again, thanks for the good, thoughtful, valid comments! I'll try to address them more fully in my next post!