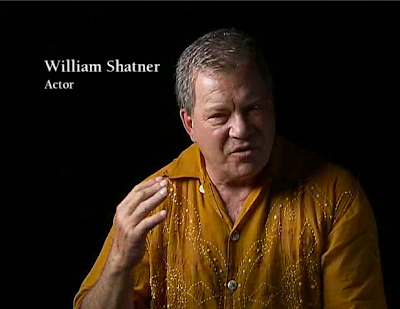 That's the most memorable quote from a less-than-memorable interview DVD. The premise of the film is interesting—let's interview a bunch of people about what Shakespeare means to them—but the execution of that premise is disappointing. The film is only slightly over twenty minutes long, and its organizational method isn't clear.

But it does spend about two minutes of time with William Shatner. His organizational method isn't any clearer than the DVD's, and he seems to think Shakespeare wrote in Old English "that we can barely understand."

But, amongst the strange phrasing and layperson's terminology, Shatner is pointing valuably (and volubly) toward his sense of what is universal in Shakespeare: