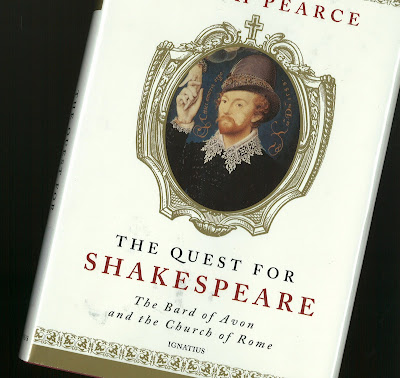 Pearce, Joseph. The Quest for Shakespeare[: The Bard of Avon and the Church of Rome]. San Francisco: Ignatius Press, 2008. Print.
I don't particularly like to offer really negative reviews, especially when Books & Culture has done such a fine job of that already, but I feel compelled to make one comment about Joseph Pearce's recent work on Shakespeare's religion.

The question of Shakespeare's religion (whether he had any, and, if he did, whether it was protestant or Catholic) is an enormously vibrant topic in modern Shakespeare studies. And prominent scholars have come down on both sides of the issue.

My main objection to much of the argumentation involves its use of evidence from the plays. All too often, a character is quoted as evidence that Shakespeare thought one thing or the other. At its most extreme, it can become stunningly misleading. Pearce, for example, makes the following argument:


Shakespeare did not merely condemn each of the seven deadly sins; he ordered them in conformity to the teaching of the Catholic Church . . . . he describes lust or "unchastity" as the least grievous: "Of the deadly seven it is the least." (22)

The problem is that Shakespeare, however much his plays may condemn each of the seven deadly sins, did not describe lust as the least of the seven deadly sins. Claudio, desperate for his life in Measure for Measure and wanting to justify his imminent request that his sister sleep with Angelo to save his life, describes it that way. Indeed, Claudio even says, "Sure it is no sin" (III.i.109) before adding "Or of the deadly seven it is the least" (III.i.110).

Let's have clarity of argument. It may be that Shakespeare orders the seven deadly sins in a Catholic way. But let's make the argument from what his characters say or how they tend to behave instead of from an amorphous "Shakespeare says" position. 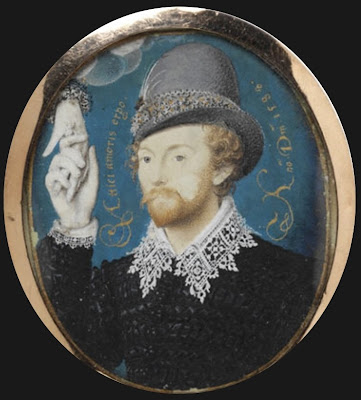 Links: The article at Books & Culture.