The Beatles and Shakespeare: The Scholarly Conclusion 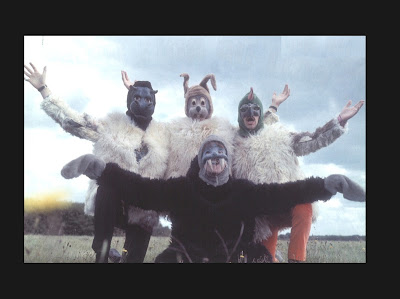 The Beatles Anthology. San Francisco: Chronicle Books, 2000. Print.
Black, Johnny. “The Eggman Cometh.” The Beatles: Ten Year That Shook the World. Ed. Paul Trynka. London: Dorling Kindersley, 2004. 276. Print.
I've found some scholarly weight to put behind my post on The Beatles "I am the Walrus" (for which, q.v.). And, in following that trail, I discovered some other odd and interesting tidbits.

First, though, the scholarly citations. Johnny Black helps pinpoint the date of the broadcast in the section of The Beatles: Ten Year That Shook the World that deals with the song:


One final surreal touch came on September 29, when random lines from a BBC Third Programme radio production of King Lear were added—the radio being tuned by Ringo, while John worked the mixing desk. (276)

In 1974, John Lennon, according to The Beatles Anthology, said this:


There was even some live BBC radio. They were reciting Shakespeare or something and I just fed whatever lines were on the radio right into the song. . . . I never knew it was King Lear until, years later, somebody told me—because I could hardly make out what he was saying. (273)

He also said this, which shouldn't lesson my admiration for him—even though it nonetheless does:


I hate Shakespeare; I don’t care whether you should like him or not. I don’t know if it’s because of school or because it doesn’t mean anything to me. (176)

In the same book, Ringo paints a somewhat surreal and fascinating portrait of his life as an actor. Of particular interest is what he amused himself by doing while hanging out with Richard Burton and Elizabeth Taylor. It seems that Ringo really enjoyed pretending to be dismissive of Shakespeare in Burton's presence:


Richard [Burton] and Elizabeth [Taylor] turned out to be really good friends. One fabulous thing he did was to read “I am the Walrus” off the album sleeve in that voice of his. It was just amazing. We’d go and stay with them on their boat, and that drove Richard crazy. Because I used to play games with his head. I would say, “. . . the English language, what a load of crap!” and he would explode. And I’d say, “Shakespeare—give us a break.” It was just a little game I would play with him, and he’d always fall for it and get angry and send me off his boat: “Get off my boat, you little whippersnapper.” (278)

But wouldn't it be marvelous to have Richard Burton declaiming "I am the Eggman. They are the Eggmen. I am the Walrus. Goo, goo, ga-joob"? I can just hear it, can't you? 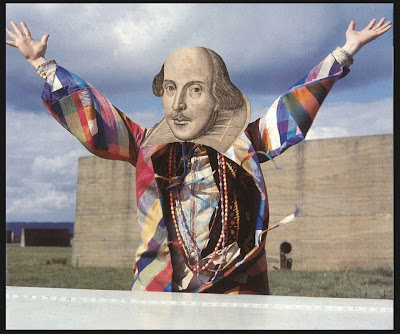 Shakespeare is the Eggman!
Click below to purchase the books from amazon.com
(and to support Bardfilm as you do so).