Shakespeare-Related Entries in The Onion Book of Known Knowledge 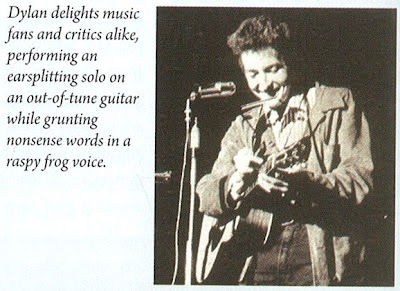 The Onion. The Onion Book of Known Knowledge: A Definitive Encyclopaedia Of Existing Information. New York: Little, Brown and Company, 2012.
When encountering dictionaries, reference books, encyclopedias of all sorts, I tend to flip to entries related to Shakespeare. Naturally.

I can't quite remember the train of events that led to my requesting The Onion Book of Known Knowledge through inter-library loan, but I'm glad I did. I'd like to share with you its entries on Shakespeare, the Renaissance, and Bob Dylan. That last may seem like a non sequitor, but there are connections between Dylan and Shakespeare that are worth exploring. Click on the images below to enlarge the entries.

“Despite Shakespeare's many accomplishments, which included composing 154 sonnets and serving as head of the English Protestant church as Queen Elizabeth, scholars believe the legendary playwright died penniless, wealthy, at the age of 16, a woman, from rheumatic fever, and as the only writer ever to have rivaled William Shakespeare.” 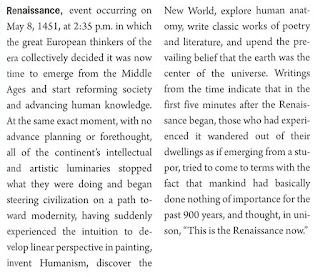 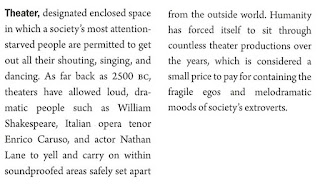 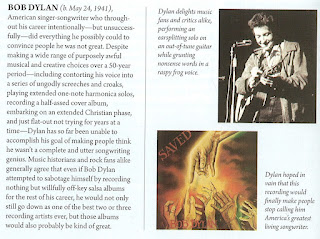