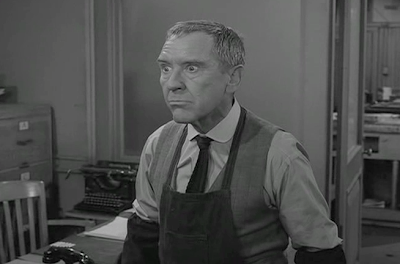 In this episode, the character of Mr. Smith is played by Burgess Meredith, whom we last saw hoping to spend the rest of his days reading Shakespeare and other great authors (for which, q.v.). Mr. Smith is the devil; when his advances toward the Editor-in-Chief's friend are spurned, he dismisses her with a curt title of a Shakespeare play:  Love's Labour [sic] Lost: