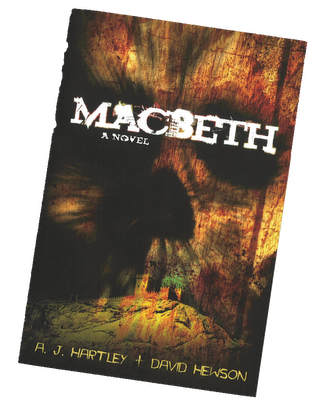 Hartley, A. J., and David Hewson. Macbeth: A Novel. Las Vegas: Thomas & Mercer, 2012.
I got this book as a possibility for a new course called “Modern Shakespearean Fiction” that I've developed, and I feel compelled to review it.

The problem is that it's not terrible, but it's also not very good. It's filled with lots of gruesomely-described battle scenes, fair bits of profanity, and storms breaking in periodically. But it doesn't have much in the way of interesting alterations to or commentary on the plot of Shakespeare's play.

If I had to write a blurb for the novel, it would probably read something like this: “Well, at least Macbeth: A Novel is better than Hamlet: A Novel (for which, q.v.).”

Alternately, I suppose I could use the quote Samuel Johnson didn't actually use (even though the quote is often applied to him) to describe someone else's work:

I could also give you a quick glance at a typical section of the novel.  Here, Macbeth and Banquo meet the Wëird Sisters: 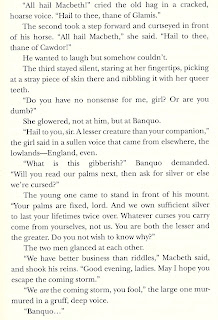