Shakespeare in The Twilight Zone: “Queen of the Nile” 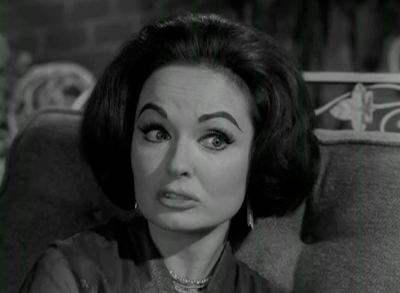 A journalist arrives at an actress's mansion to interview her—with special attention to her youth and vitality. When he skeptically asks her about one of her early films (Queen of the Nile, 1940, co-starring Charles Danforth), made when she was only fifteen, she replies, "Darling, Juliet was only twelve."

The second possible (and merely tangential) connection to Shakespeare involves a spoiler. If you don't mind discovering a secret of the episode, scroll down a little further and read on.

It's possible that the actress is Cleopatra—the very Cleopatra of Shakespeare's Antony and Cleopatra herself—also known for her youth and vitality. That point is open to debate, but it is within the realm of possibility.
Links: The Episode at Wikipedia.