Measure for Measure with Action Figures 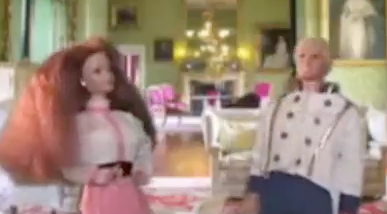 Shakespeare's Measure for Measure. Dir. Vindwyn. Perf. Vindwyn and Vindwyn's Husband. 2008. Web. 26 January 2010.While we're on the subject of Measure for Measure, I simply must call your attention to this truly remarkable derivative version created using action figures (a.k.a. Barbie™ and Ken™ figures).

It's a derivative, according to Kenneth Rothwell's magnificent terminology (for which, q.v.), because it abandons most of Shakespeare's language while retaining the plot. Observe the equivalent scene to the one covered in a recent post:


That is quite wonderful (though it does simplify Isabella's motivation to such a degree that it may lead to misinterpretation of the play as a whole)—and so is the rest of the film. The entire video is about twenty minutes long, and it serves as a marvelous (and marvelously-humorous) introduction to the plot of the play. Thanks so much, Vindwyn and Vindwyn's Husband!Links: The Complete Video at YouTube (also embedded below).

I'm glad you liked my video. I did it while in a graduate Shakespeare class at WKU. It was fun to do, but very time consuming. We've thought about doing more of the videos, but we've both been very busy.

Marvelous! Yes, I imagine that takes an enormous amount of time. But rest assured that the payoff was much appreciated.

Thank you very much! It's nice to be able to say that directly to the creator of the Measure for Measure with action figures!