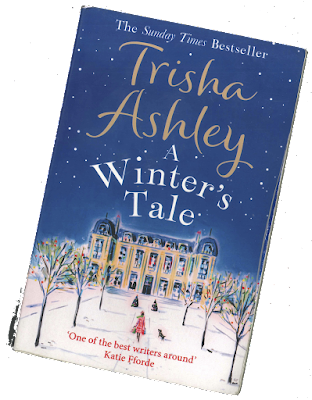 Ashley, Trisha. A Winter's Tale. London: Avon, 2017.
I found this book in a bookstore in Vietnam. It bears the title of a Shakespeare play, and it has a Shakespearean connection, perhaps making it part of the Globe-alization process I noticed there (for which, q.v.).

After lumbering my way through about half of it, I accidentally left it behind in an Uber. Since no library near me had a copy, I had to order a used one from Amazon. A few weeks later, it arrived from England (more Globe-alization).

I managed to make my way through the rest of it this weekend. As you might be able to tell from the tone of that last sentence, this book isn't my cup of tea. The plot involves a woman who finds she's unexpectedly inherited the old family manor (though she's really not "to the manor born"). There's an unscrupulous man who wants to buy it from her—and she becomes romantically involved with him, but she decides not to sell—and not to pursue that relationship. And so on and so forth.

The family manor is near Hoghton Tower. Now, if you've read various modern biographies of Shakespeare, you may be thinking, "Ah! Hoghton Tower, eh? Shakeshaft, eh? That must be the connection!" and you'd be right.

But it does come with a bit of a twist. Each chapter of A Winter's Tale is headed with a quotation from "the journal of Alys Bezzard," starting in 1580 and running through to 1582. These tell the story of Alys (a suspected witch), her connection with the Winter family (they're the ones with the manor), and her encounter with a poet.

That's why I started reading the little quotations before each chapter much more eagerly than the rest of the novel. I'll give you a sample of one from a little over halfway through the novel. It's a spoiler, but it's also one that you could guess a mile off: 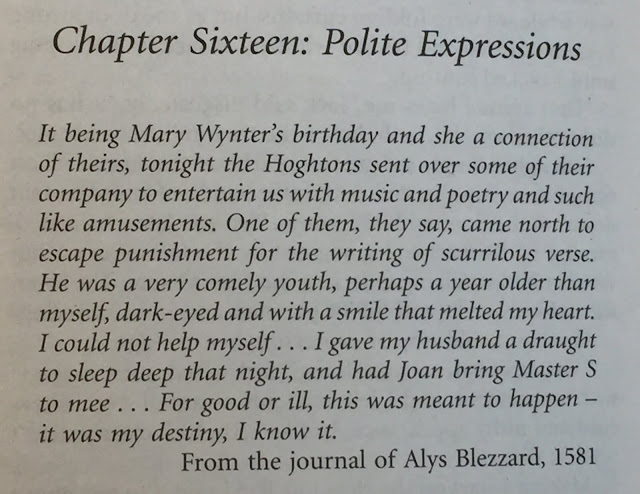 Apart from that (and some off-stage arguments about the authenticity of the journal), there's not much actual Shakespeare. At one point, however, the main characters talk about what quotes from Shakespeare they should put into their guide book, and that's a tiny bit interesting: 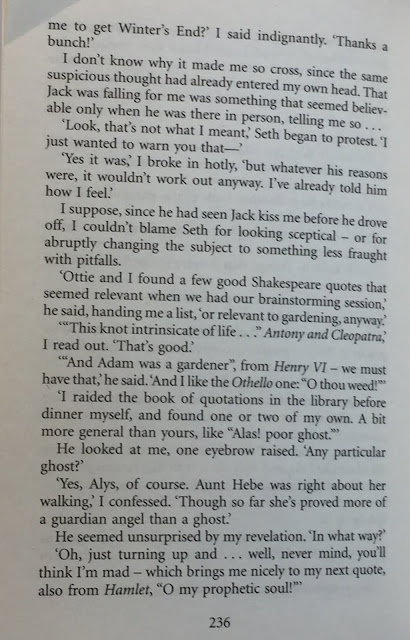 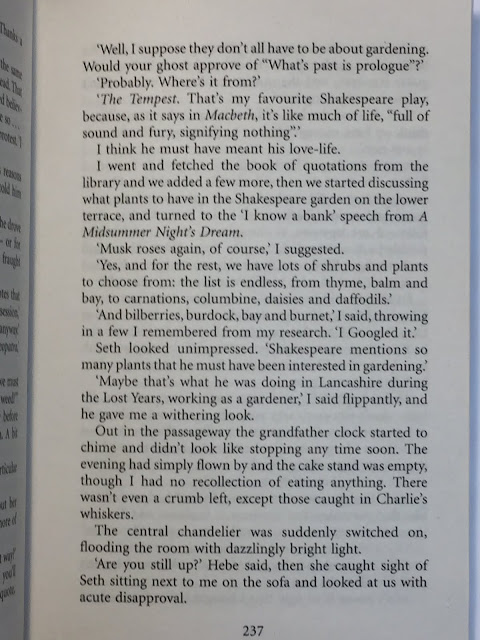 All in all, if vaguely romantic narratives are your cup of tea, why not try this one? If they're not, you should probably steer clear.