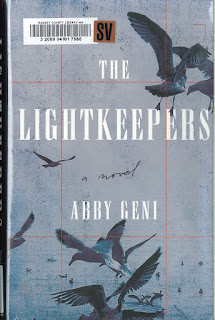 Geni, Abby. The Lightkeepers: A Novel. Berkeley: Counterpoint, 2016.
This was presented as a Tempest analog. Our hero is named Miranda, she's on an island with very few people around, and there are strange happenings. Miranda is a nature photographer, and she's stationed on one of the Farallon Islands with a small number of scientists and an interesting history. Her mom died when she was little, and she's still writing her mom letters (most of which end up in various dead letter offices around the world).

There's also a ferry (one that takes people to the island), but not a fairy (that intervenes in people's lives).

Also, tragically, she undergoes not just an attempted rape but an actual rape.

If I tell you any more, I'll be giving away too many spoilers. But I will say that the rest of the novel becomes something of a lyric version of a mystery story (with heavy doses of natural science mixed in).

The novel is well-written. Long, lyric sections provide us insight into our narrator's psychology. Descriptions of sharks feeding are balanced with sections about the history of the Farallon Islands, which involves two basic groups—the Eggers (who come to steal birds' eggs off the island) and the Lightkeepers (a more lyric name for the keepers of the lighthouses on the islands).

I'm just not sure I get much Shakespeare coming through.

All the same, it's a good novel. Here's a brief segment from early in the novel that will give you a taste of things (as well as revealing that no one on the island calls Miranda by her correct name): 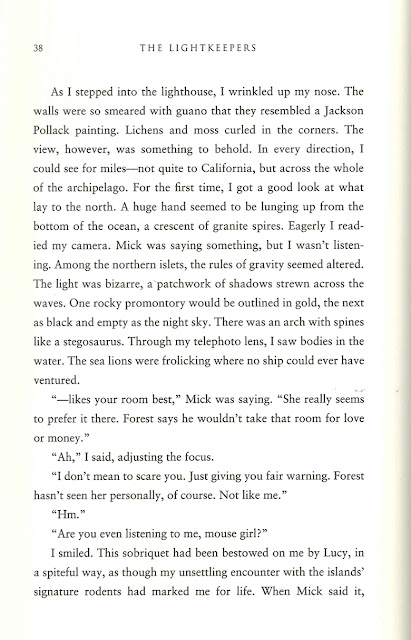 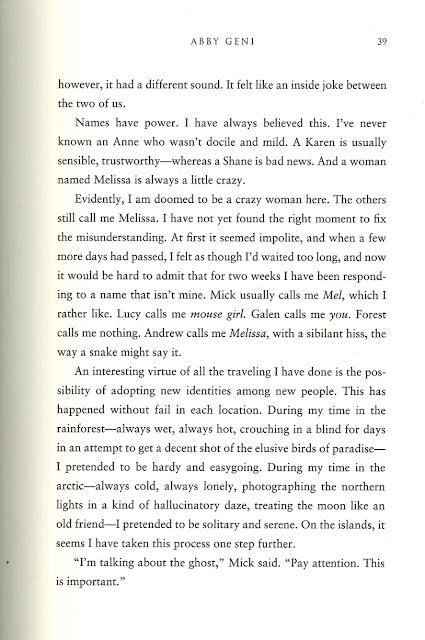