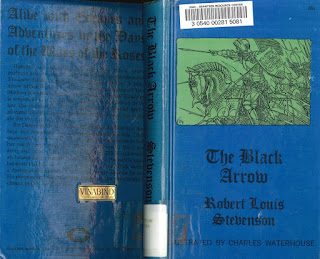 Stevenson, Robert Louis. The Black Arrow. Illus. Charles Waterhouse. New York: Collier, 1962.
Robert Louis Stevenson's The Black Arrow (first published serially in 1883 and later published with some revisions in 1888) is tangentially connected to Shakespeare since it covers some of the same history Shakespeare covered in 1 to 3 Henry VI (but not Richard III).

The main plot involves the romance, separation, and (spoiler alert!) the eventual reunion of Dick Shelton and Joanna Sedley. During the War of the Roses, a Robin-Hoodesque group of outlaws start using "The Black Arrow" to bring vigilante justice to the countryside.

The connection to Shakespeare comes primarily in the characterization of Richard, Duke of Gloucester (later King Richard III of England). He's somewhat ambiguously portrayed. At first, Richard is clearly an able soldier. Here's a section where our hero Dick meets Richard of Gloucester and follows his battle plans. 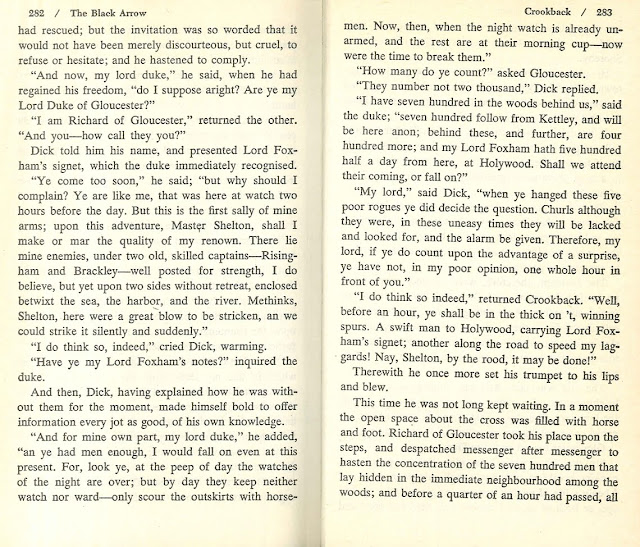 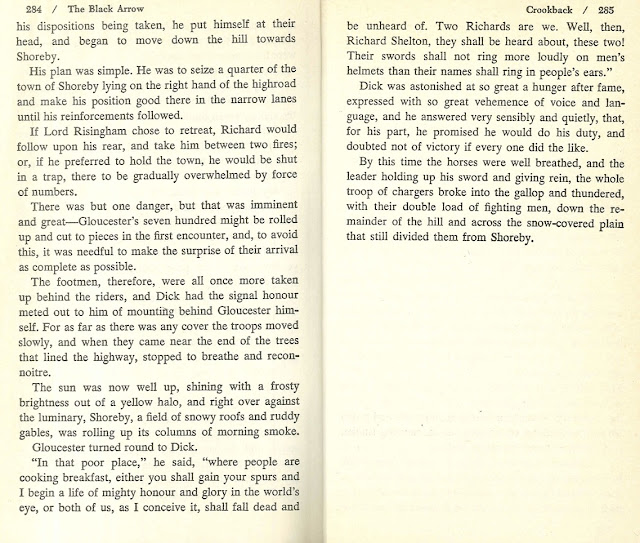 But then we get a glimpse into Richard of Gloucester's machinations: 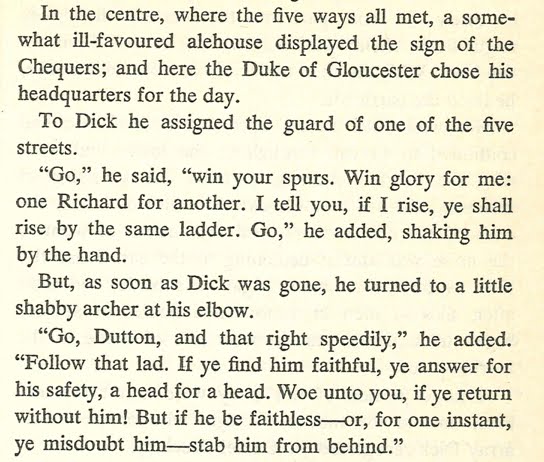 That's more like the Richard we know from Shakespeare's Richard III.
Click below to purchase the book from amazon.com
(and to support Bardfilm as you do so).