Book Note: Speak of me as I am 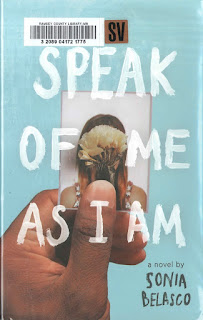 They both are grappling with deep grief. Melanie's mother has died of cancer; Damon's best friend Carlos has committed suicide.

The two become romantically involved during the production, and you might expect that the novel would explore racial themes that Othello and their relationship bring up, but that's a pretty minor part of the novel.

Instead, the novel explores issues of sexual orientation more than issues of race.

I can't say much more than that without giving you spoilers, but I will give you a sample from about a third of the way through the book: 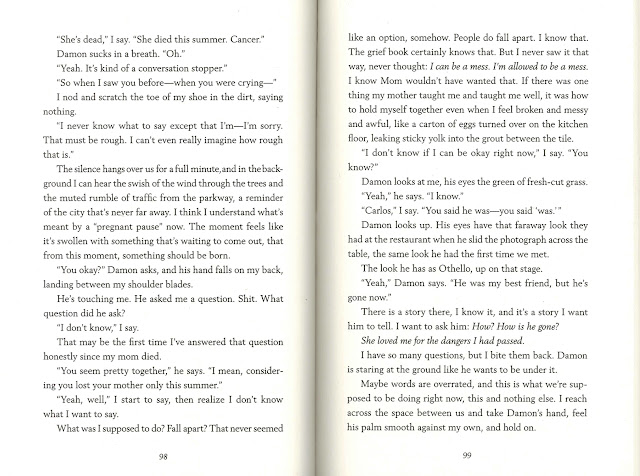 The novel is well-written, and its exploration of grief is deep. Its title is drawn from Othello's last speech: "When you shall these unlucky deeds relate, / Speak of me as I am; nothing extenuate, / Nor set down aught in malice" (V.ii.342-44), and the call of the novel is to remember our departed in that way.