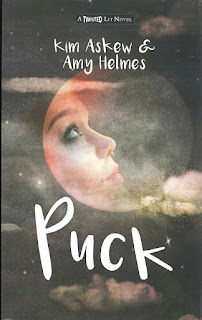 Puck continues the series, but it appears to be self-published. I don't know if that means Simon & Schuster dropped the series—and, if they did, I don't know whether they dropped it for fiscal reasons or for other reasons.

In any case, I'm having the same problem with this book that I had with the others: I'm not the target audience, so I'm having some trouble evaluating it. It doesn't do what I like most—it doesn't ask us to head back to Shakespeare to see what difference it makes.

The plot is a modern narrative that provides a focus on Puck and on her backstory. She's been in the foster care system for years, and things seemed to be working out with her latest family, but that all went south. So she has been sent to a camp for troubled youth, but she continues to be mischievous there.

The emphasis is almost entirely on Puck and her development, but the young lovers from Midsummer Night's Dream make their appearance. They are some of the camp counsellors. Here's Puck's unraveling of their relationships: 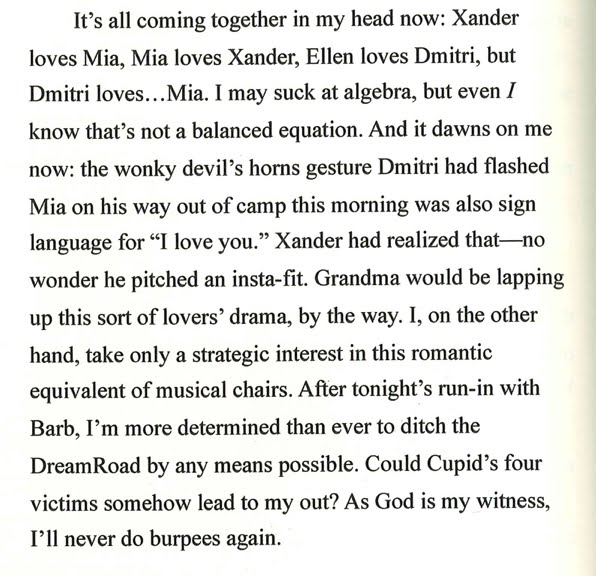 Later, Puck makes a brew out of some local flowers—the brew is meant to be very dangerous, but it also has hallucinogenic properties. Due to a mix-up, the counsellors drink the brew instead, giving us the usual hijinks: 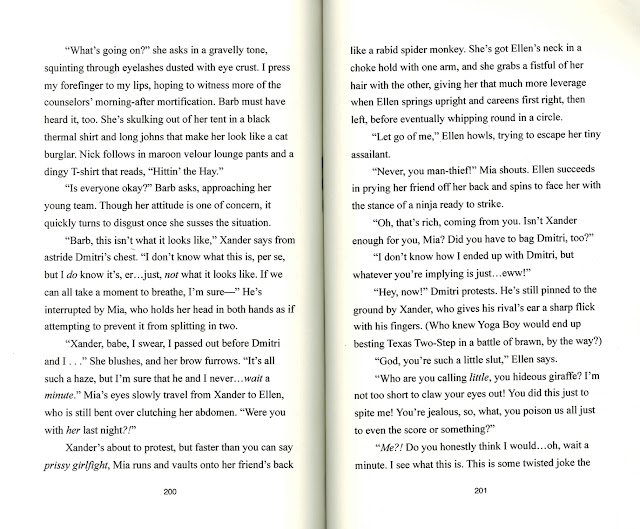 There's also a play-within-the-play at the end. The campers put on a version of Wizard of Oz—with a nice self-reflexive "It's not Shakespeare" remark in the middle. 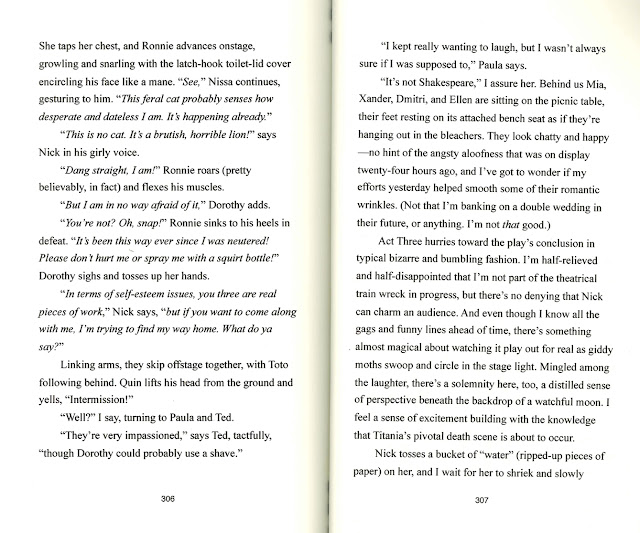 In short, there's some fun here and some depth, but none of it is revelatory of Midsummer Night's Dream—the novel Puck does not ask us to return to Shakespeare.
Click below to purchase the book from amazon.com
(and to support Bardfilm as you do so).