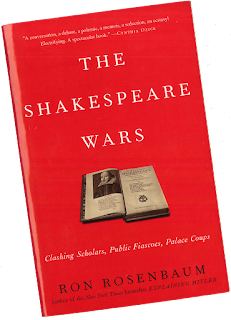 Do you want to know why many collected editions of Shakespeare print two or three different versions of King Lear? you'll find the answer(s) in The Shakespeare Wars.

Interested in reading about how a very dull poem entitled "A Funeral Elegy" was (wrongly) attributed to Shakespeare and then (probably rightly) attributed to someone else entirely?  You'll find out about it here. And you can read the whole dull poem here.

Would you like to hear a first-hand account of what it was like to see Peter Brook's world- and life-altering 1970 production of Midsummer Night's Dream? Rosenbaum was there, and he'll tell you about it. You can also see a few rare clips of it here.

There are so many passages I'd like to pass on to you, but I'll just give you the end of his preface. In it, he tells us what he wants to do--and why. And I find it very compelling. 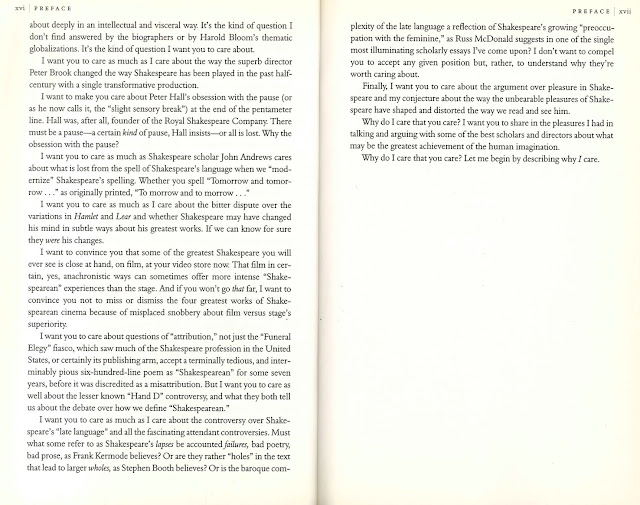 The book is quite long, so it's not for reading at one go. And there's one stylistic choice Rosenbaum makes that gets very old very quickly. He seems addicted to the sentence fragment. Which becomes awfully distracting.  And ineffective.

But the stories are worth it. Grab a copy, put it on your nightstand, and dip into it from time to time until it has to go back to the library.
Click below to purchase the book from amazon.com
(and to support Bardfilm as you do so).