Book Note: Interred with their Bones 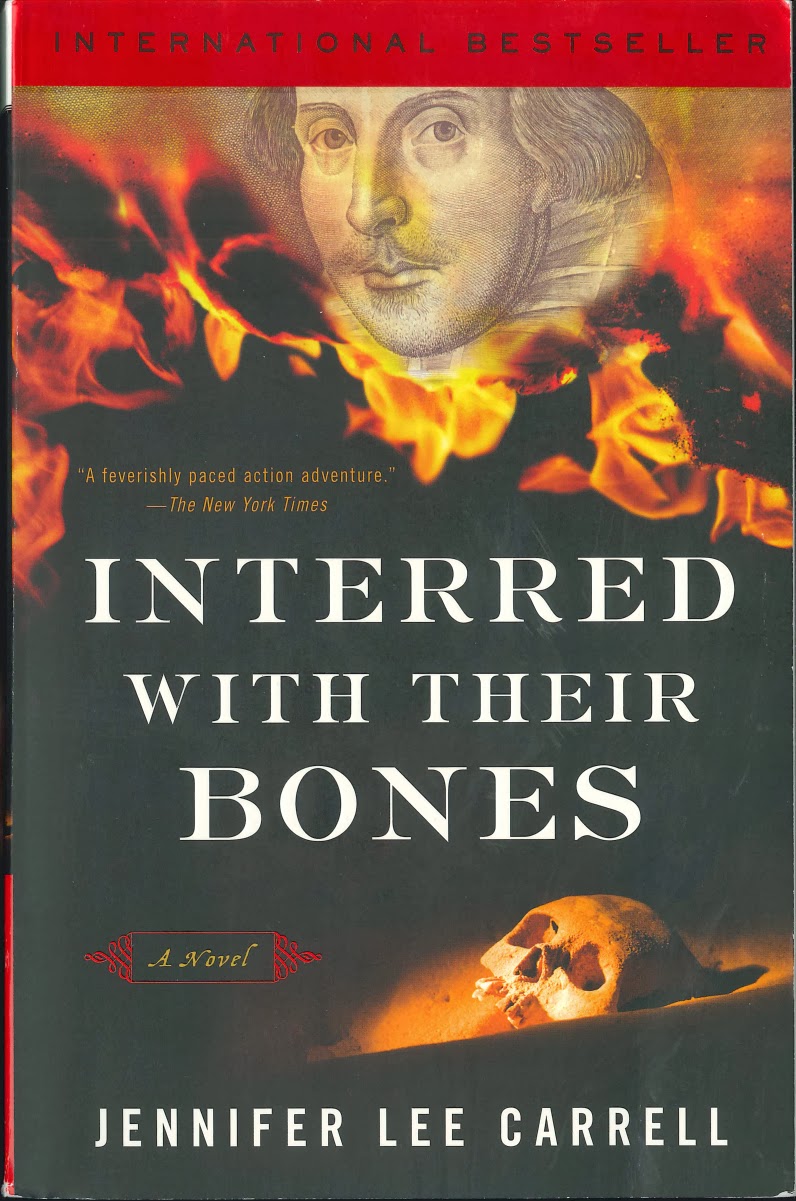 Carrell, Jennifer Lee. Interred with their Bones. [a.k.a. The Shakespeare Secret.] New York: Plume, 2008.
This is an action-adventure novel involving a search for the manuscript of Shakespeare's lost play Cardenio. And it's not too bad. The story is, for the most part, compelling, and the characters are enjoyable. There are places where the novel becomes tedious or even derivative (in some ways, it seems like a Shakespearean Da Vinci Code), but I struggled through them to find out what was going to happen next.

The pattern of the novel was one somewhat tedious element of the novel. Sections of rushing off to a new place in a maniacal worldwide treasure hunt alternate with long stretches of exposition.  Oh, and the occasional murder—always in the manner of a death from a Shakespeare play.

Elements of the authorship of Shakespeare's works form a part of this novel, but, unlike Chasing Shakespeares (for which, q.v.), Interred with their Bones doesn't become propagandistic, and that keeps those sections from becoming too tedious. The author says that she is agnostic on the authorship issue (the novel itself raises the interesting question of why religious terms like "heretic" or "orthodox" are employed by debaters of the notion), but she tends to lean toward William Stanley, sixth earl of Derby.

The novel is clever in its presentation of the authorship camps. For much of the book, we're not sure if the attacks on the protagonist are being put together by a consortium of Stratfordians who are worried that the discovery of Cardenio will prove that Shakespeare did not write the plays attributed to him or by a cabal of Oxfordians or the like who are worried that it will prove that Shakespeare did. The plans of the opposition are so carefully-laid that, as I read the book, I thought that it couldn't be the Stratfordians—we can't even agree on whether Q2 or F of Hamlet has greater authority!

In short, the novel is not bad. It even has a passage alluding to the exploded notion that Shakespeare had a hand in translating Psalm 46.
Links: The Author's Web Site.