Patrick Stewart's Macbeth to be Broadcast on PBS Tonight 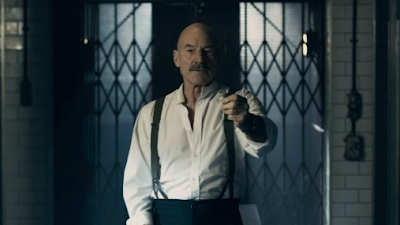 It looks like a bloody, great performance (no, that isn't swearing—those are coordinate adjectives modifying the noun).* Here's a preview:

*This joke has its origins, for me, in Lord Peter Whimsey. Although I can't cite the exact quote he uses at the present moment, I want to avoid plagiarism like the plague. Thank you.

To-day Parker and I hold high revel. To-day he shows me all the bloody footprints—it's all right, Helen, that's not swearin', that's an adjective of quality. (31)

Thank you very much.
Links: The Film at IMDB.


Click below to pre-order the film from amazon.com
(and to support Bardfilm as you do so).