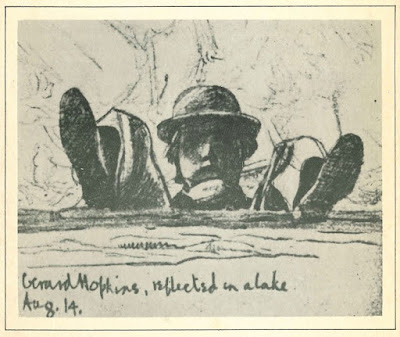 Hopkins, Gerard Manley. The Poems of Gerard Manley Hopkins. Ed. W. H Gardner and N. H. MacKenzie. Oxford: Oxford University Press, 1970.
I recently had occasion to dip into my volume of Gerard Manley Hopkins poems. As I searched for the poem I had in mind ("Spelt from Sybil's Leaves," to those who have a keen interest in the minutiae), I started to wonder whether Hopkins had written any reflections on Shakespeare.

Hopkins was certainly a well-educated man, and Shakespeare was undoubtedly a part of that.

Indeed, I learn from an article entitled "Hopkins, Hamlet, and the Victorians: Carrion Comfort?" that "Hopkins' notebooks are littered with obscure and disjointed notes, lines, and phrases from Shakespeare which he seems to regard less as integral parts of a particular play's meaning or insights about experience and more as fodder for specific passions" (414).

What I found in the volume was unexpected. Hopkins spent some time working with songs from Shakespeare, rewriting them . . . in Latin and Greek.

As I have small Latin and less Greek, this was a bit disappointing. It's more academic. Still, there's an interest and a beauty to the songs he translated from The Tempest, though I'm not sure where the Hecuba comes in to "Come unto these yellow sands"—what's Hecuba to Ariel or Ariel to Hecuba? And something is lost from "Full Fathom Five"—and not just the alliteration—when it's translated into Greek.

Here are three of the songs for those who have additional interest. In the meantime, I've found a number of articles about Hopkins and Shakespeare, and I'll be glancing at those in my copious free time over the next few months. 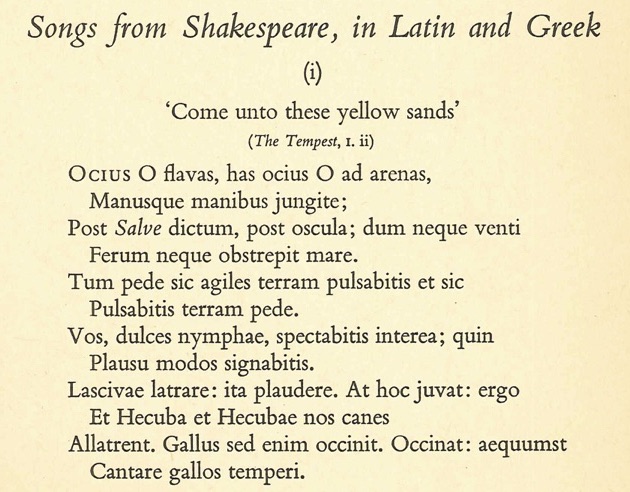 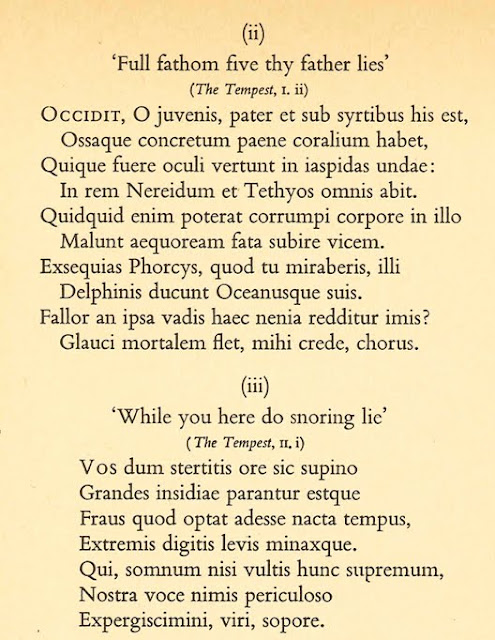