Book Note: Year of the King 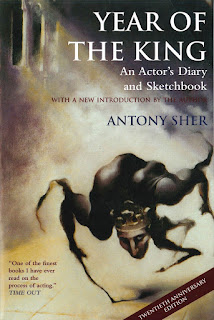 Sher, Antony. Year of the King: An Actor's Diary and Sketchbook. London: Nick Hern, 2004.
I've had this book around for awhile, but I only got around to it recently. It's Antony Sher's account of his being offered the role of Richard III in the 1984 Royal Shakespeare Company production.

Actors and theatre lovers will find this fascinating. The thought processes, the planning, the drama within the drama, the errors in rehearsal, the terror of opening night—it's all here. And Sher was, by most accounts, brilliant in the role in this brilliant production.

I found the work to be a bit solipsistic, but it is a diary, after all. The author may be expected to be self-centered and a bit pedantic.

Here are a couple sample pages. They'll give you an idea of the sketches and the revelatory nature of the prose. 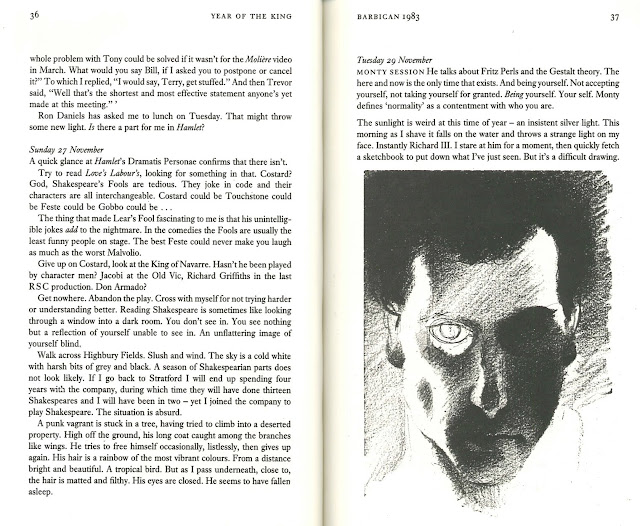 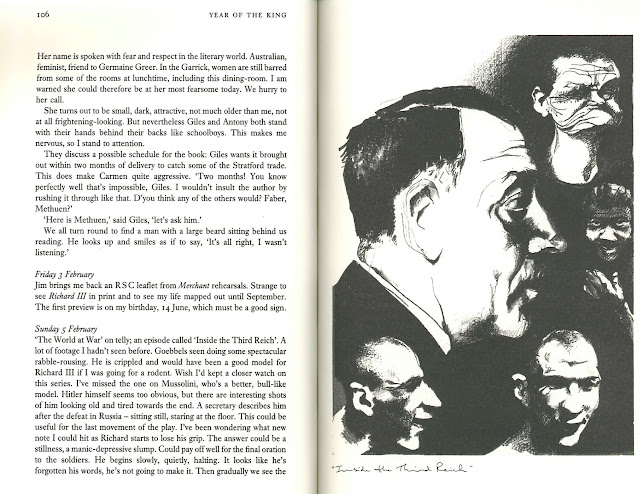 Does the second sample provide some nascent thoughts about the Ian McKellen production and later film?

I haven't been able to track down any video of Sher's Richard III, but YouTube has provided an audio recording of Act I, scene ii of the play:


Actors, I'm especially interested in knowing what you think. Is Sher's book an accurate account of what you go through when contemplating and executing a role?  Chris Gerson, is this the kind of thing that's been going through your mind as you prepare for the Great River Shakespeare Festival Richard III?

Sher has also written on his playing Falstaff in Year of the Fat Knight. It will soon appear on my bookshelf, eventually to be read.
Click below to purchase the book from amazon.com
(and to support Bardfilm as you do so).