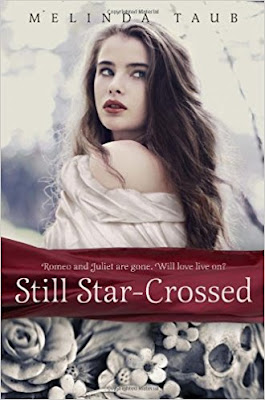 Taub, Melinda. Still Star-Crossed. New York: Delacorte Press, 2013.
The new show on ABC called Still Star-Crossed is based on a novel of the same title by Melinda Taub.  I couldn't be around for the premire of the show, so I thought I'd try the novel first (which is generally my modus operandi in any case).

Readers of Bardfilm have heard me say that something "isn't my cup of tea" but that I could recognize its merits for the intended audience.

This novel just isn't my cup of tea.

[By the way, if Shakespeare Geek is to be trusted (and he generally is), the show will likewise not be my cup of tea.]

The setting is Shakespeare-y, and some of the dialogue tries to be Shakespeare-esque as well, but aside from a few flashbacks, we don't get much Romeo and Juliet or Romeo or Juliet. Nor is there much character development along the lines of the characters in Shakespeare's play.  Rosaline is our female lead; she and Benvolio utterly hate each other at the beginning of the novel (can you imagine what might happen by the end of the book?). But Rosaline, of course, never actually appears in Shakespeare's play, and this Benvolio isn't much like that Benvolio.

For those of you who may find this more like the tea you keep in cups, here are the opening two pages: 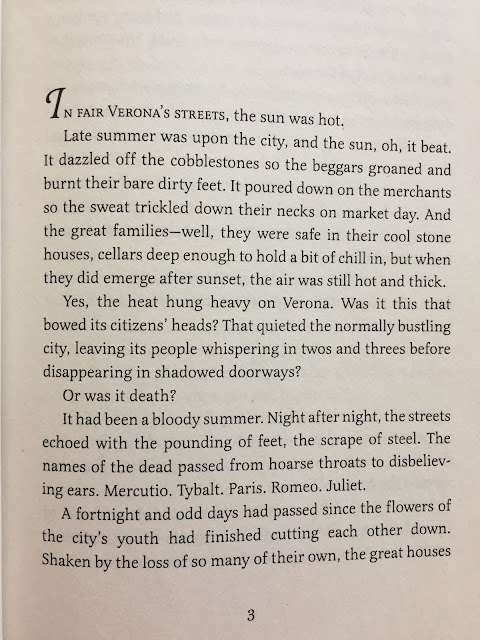 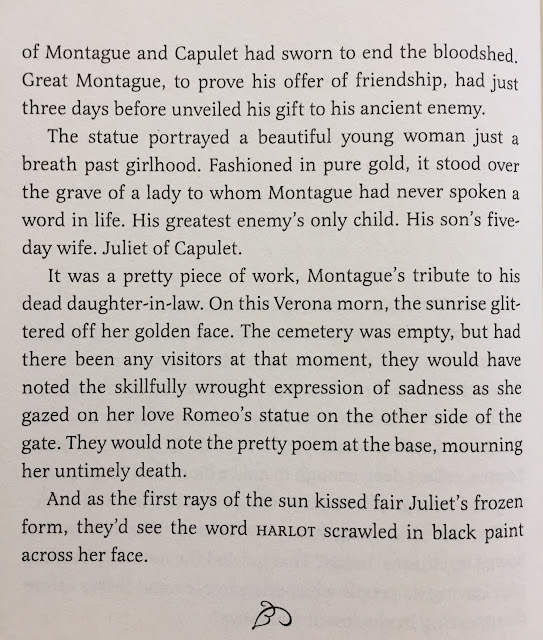 And here's a sample of the Shakespeare-ish style: 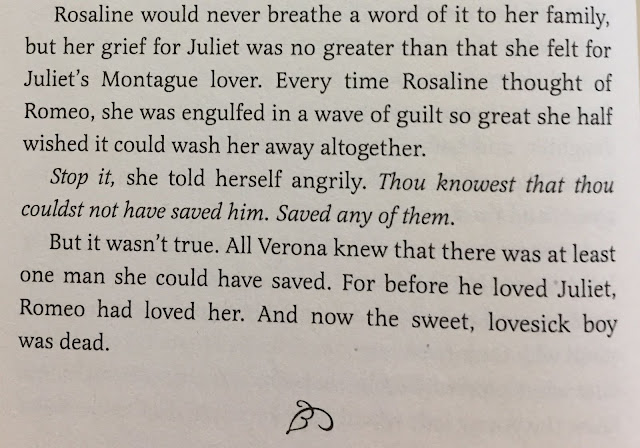 Hello.
Anyone knows who is the model in te jacketbook?
Thanks!

I'm not sure. You might track down a copy to see if there's any indication of who did the cover art for the book!