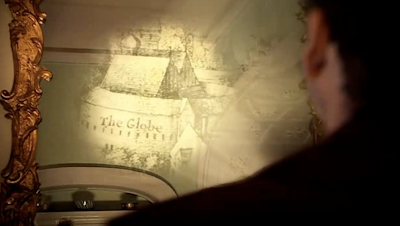 “The Next Doctor.” By Russell T. Davies. Perf. David Tennant, David Morrissey, Dervla Kirwan, and Velile Tshabalala. Dir. Andy Goddard. Doctor Who. 2008 Christmas Special. BBC Wales. 25 December 2008. Finishing the complete guide to Shakespeare and Star Trek (for which, q.v.) was a hard and time-consuming task. Thank goodness it's over. Now we can move on to other, non-science-fiction related incarnations of Shakespeare in film.

We'll start with a brief glimpse from the new series of Doctor Who episodes!

It's pretty much "Doctor Who Views a Cyberman PowerPoint Presentation in the 1800s." There are a few images of Shakespeare and of the Globe stored in the Cybermen's thumb drives, and the Doctor views them. 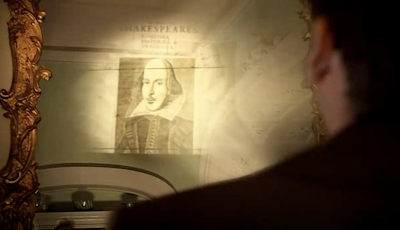