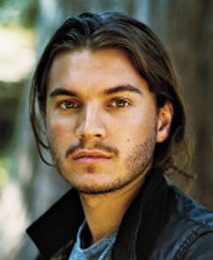 Hamlet. Dir. Catherine Hardwicke. Perf. Emile Hirsch. Overture, 2011.A new film version of Hamlet, one staring Emile Hirsch, is about to be in production. It isn't due for release until 2011, so we'll need to hold back any enthusiasm we have for a while so that we don't use it all up too far in advance.

The film will (if all goes according to the current plan) be set in an east-coast college (here's to Shakespeare adaptations that are not set in high school!) whose President has been murdered.

Although Bardfilm's policy on film versions of Hamlet is "the more the better—and, if they're good, that's better yet," I know that the question of whether we need another film version of the play has been bandied about. And there are many answers.

One that I've been thinking about recently comes from the play itself. Near his death, Hamlet says this to Horatio:

If thou didst ever hold me in thy heart
Absent thee from felicity awhile,
And in this harsh world draw thy breath in pain,
To tell my story. (V.ii.346-49)