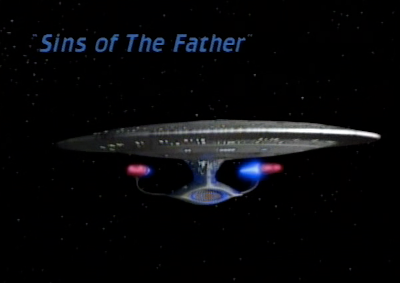 I have dealt with Shakespearean titles in Star Trek episodes in a previous post (for which, q.v.), but I hadn't considered that one. It is true that Launcelot says, "Yes, truly; for, look you, the sins of the father are to be laid upon the children: therefore, I promise ye, I fear you" in Act III, scene 5 of The Merchant of Venice, but the phrase is such a commonality, both then and now, that I am skeptical of a direction connection to Shakespeare, as I was with “Devil’s Due" in the earlier post.

Further, the phrase is a biblical one, drawn from Exodus 20:5, although most of relevant translations (the Geneva Bible, for example) use "iniquity of the fathers" instead of "sins of the fathers" (The exception is the Bishop's Bible, which reads "I the Lord thy God am a gelous God, and visite the sinne of the fathers vpon the chyldren"). All that is very interesting, and may require additional research, but the main point is that the phrase is biblical first and Shakespearean later.

We have this, then.  A phrase that is common during the time of Shakespeare is used by Shakespeare, becomes (perhaps) even more common, and then is used by Star Trek. Does that make the title a quote from, allusion to, or reference to Shakespeare? It would be hard to argue that it's direct, but it may be present.

But if we include "Sins of the Father," should we also include "The Dauphin"? The word is often used in Shakespeare's history plays (e.g. (one among many), Henry V says, in Act I, scene ii, "We are glad the Dauphin is so pleasant with us; / His present and your pains we thank you for"). That may be going too far. All the same, here's the image and the information about it, just in case! 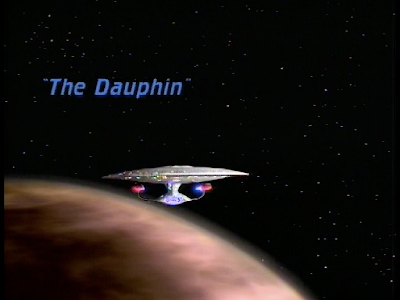