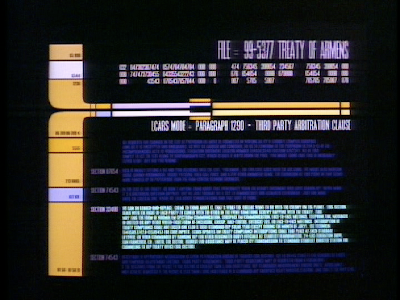 Finally, “The Outrageous Okona” gives us a Romeo and Juliet. Yes, I’m grasping at straws here. There are two households, both alike in dignity, and neither one wants their child to marry the child of the other. Yup. Romeo and Juliet. Only less tragic. And in space.
Next time, there are some miscellaneous things to wrap up, but we are nearly at the end of our lengthy survey of Shakespeare and Star Trek.Links: A Gateway to Star Trek Information at Wikipedia.
Copyright 2008-2039 by kj at 11:45 AM