Slings and Arrows: The Dagger Speech 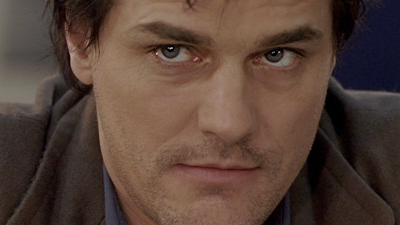 The dagger speech in it is extraordinarily interesting because of its meta-theatrical nature. The season is about a group of players putting on a Macbeth. When those players get their Macbeth, they start a read-through, but their Macbeth wants to do the dagger speech first—as a way of warding of the Makkers curse. When Macbeth sees the dagger, there's no dagger there—which is to be expected. But when he draws his real dagger to compare it to the imagined one, there's no dagger there, either! Of course the imagined dagger has a form as palpable as that which now he draws—they're both imaginary! Wow.