She's the Man: The Most Famous Twelfth Night Derivative 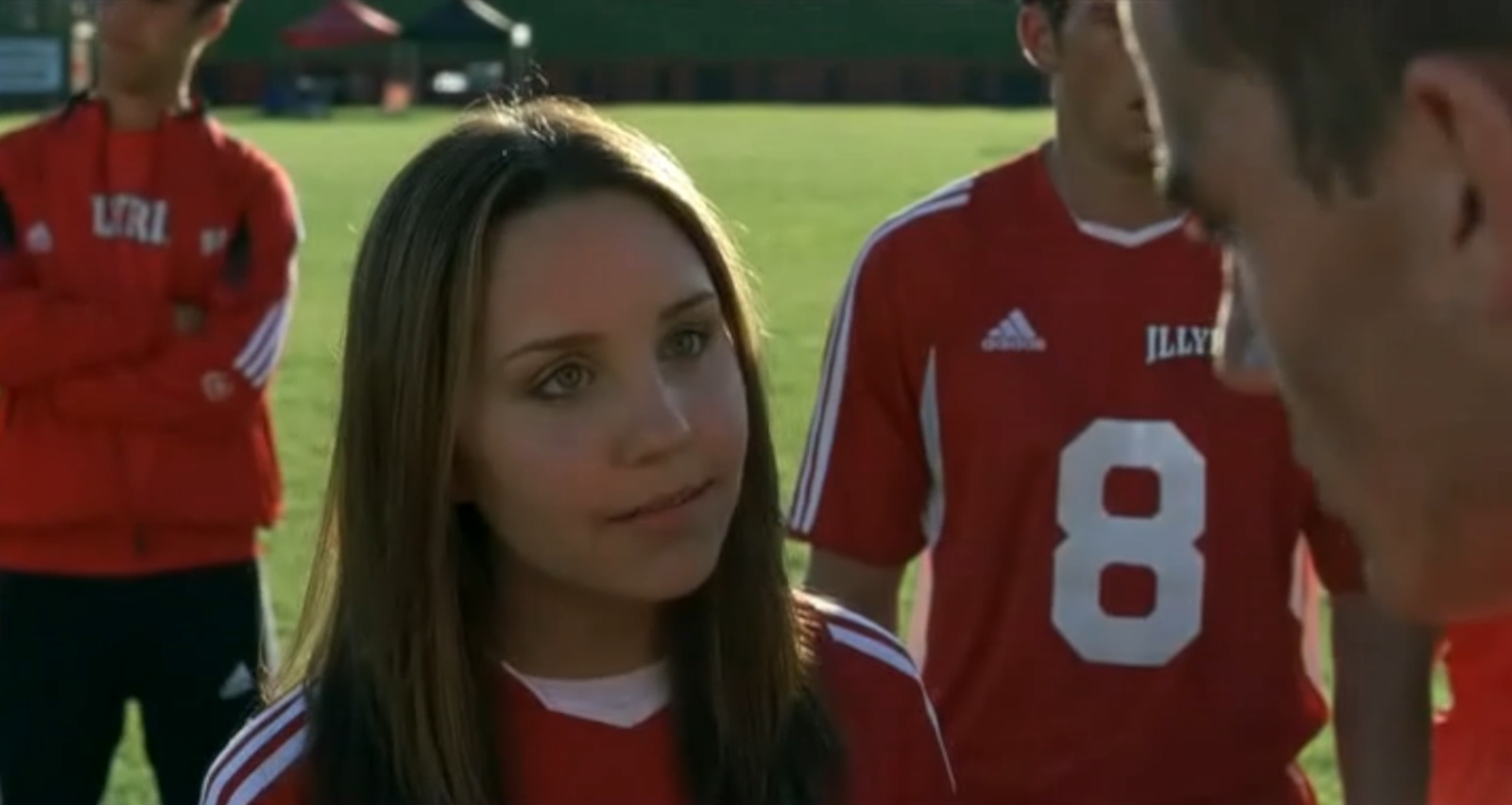 She's the Man. Dir. Andy Fickman. Perf. Amanda Bynes, Channing Tatum, Laura Ramsey, Vinnie Jones, David Cross, Julie Hagerty, Robert Hoffman, Alexandra Breckenridge, Jonathan Sadowski, Amanda Crew, Jessica Lucas, Brandon Jay McLaren, Clifton MaCabe Murray, James Snyder, and James Kirk. 2006. DVD. Paramount, 2017.Of Twelfth Night derivatives, we’ve covered Motocrossed (for which, q.v.) and Just One of the Guys (for which, q.v.), but we’ve never gotten around to She’s the Man, the most well-known of them all. Perhaps this oversight was simply because it's the go-to Twelfth Night derivative. Or maybe I was worried that students, knowing the film, would want to write on it—and would tailor their essays to match my own thoughts on the film. Or it could be that I don't have all that much to say about it—other than to note that the title comes from the line Viola delivers in the play when she realizes that Olivia has fallen in love with Cesario (the name she uses when dressed as a man): "I am the man" (II.ii.25).
Whatever the case, we're here now. And it's not a bad place to be! She's the Man is clearly far superior to both Motocrossed and Just One of the Guys. Instead of setting the plot in the motocrossing community or in the environs of high-school journalism, we're on the football pitch ("soccer field" to many in the U.S.). And that's a more congenial place to be. Perhaps it's niche, but it's less niche than the others. When Cornwall High School's girls' soccer team is cut for funding issues while the boys' team remains (Title IX, anyone?), our female protagonist Viola pretends to be her brother Sebastian and heads to Illyria Prep School, Cornwall's rival, to prove that she can play soccer at or above the level of the guys.
Hilarity ensures.
The film follows Twelfth Night's plot pretty closely. Everyone falls in love with the wrong people—except the people who fall in love with the right people. Finally, all is revealed (at points, quite literally—Sebastian has to establish visually that he's a boy; Viola has to establish visually that she's a girl).
I've put together a few clips from the film to illustrate what I find interesting.

It's lovely to have that direct quotation brought it. But it's also interesting on another level. The coach (who, apparently, says that before every game?) is played by Vinnie Jones, who played football (sorry—soccer to any in the audience from the United States) professionally (notably, for Chelsea). You may know him as being the utterly evil Sebastian Moran in the television series Elementary. There, he notably plays a fanatical Arsenal fan—an inside joke, since Jones never played for Arsenal. Jones also holds the record for earliest booking (i.e., getting a yellow card) in a professional match.  It's three seconds. But I'm sure he's a lovely guy off the pitch.
All in all, it's an interesting, well-presented, well-acted, well-conceived film. It's well worth watching.
Links: The Film at IMDB.
Click below to purchase the film from amazon.com
(and to support Bardfilm as you do so).