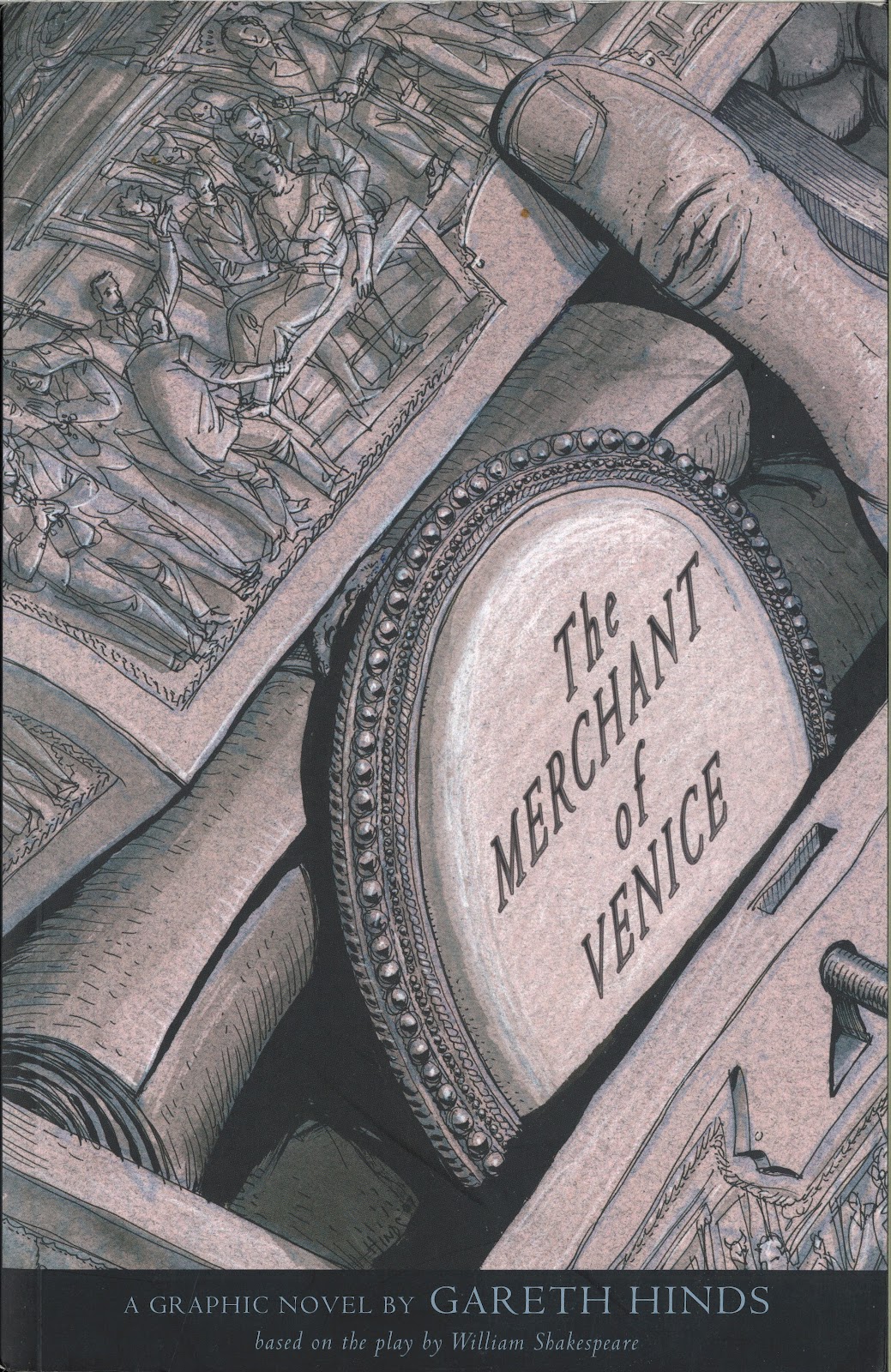 Hinds, Gareth. The Merchant of Venice: A Play by William Shakespeare: Adapted and Illustrated by Gareth Hinds. Cambridge: Candlewick Press, 2008.Gareth Hinds has done a number of graphic novels of classic texts. I discovered his Odyssey this summer, and I wanted to see what else he had done.
This is his Merchant of Venice. It's a good, short, straightforward version of the novel. The drawings are reminiscent of the Trevor Nunn film (for which, q.v.).
The text is also largely drawn from Shakespeare's text, though it's occasionally modernized.
As an example, I'll give you the "Hath not a Jew" speech and a bit of the courtroom scene. I like the way "The quality of mercy is not strained" is given the context of a reply to Shylock's "How can you compel anyone to show mercy?" 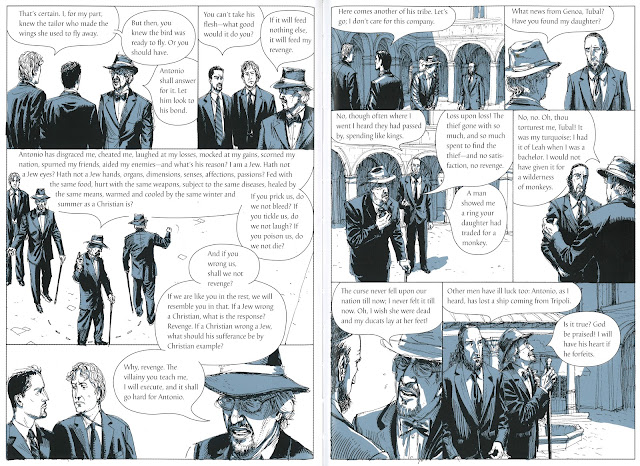 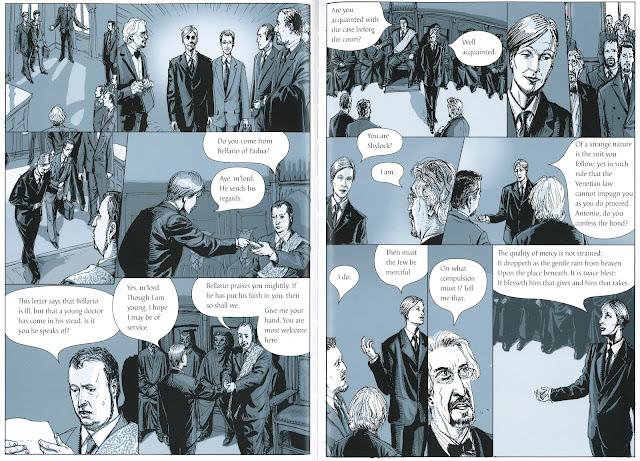 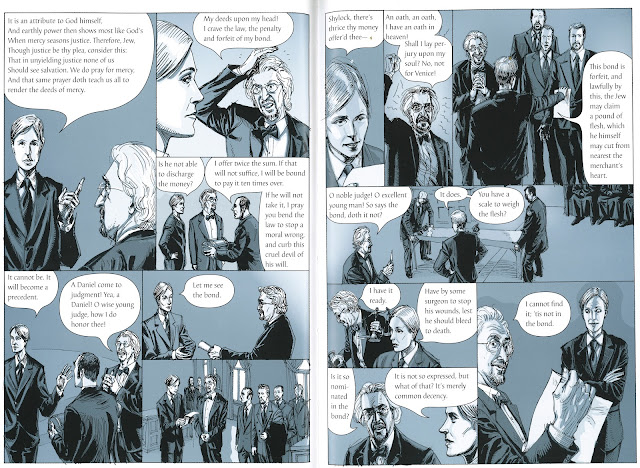