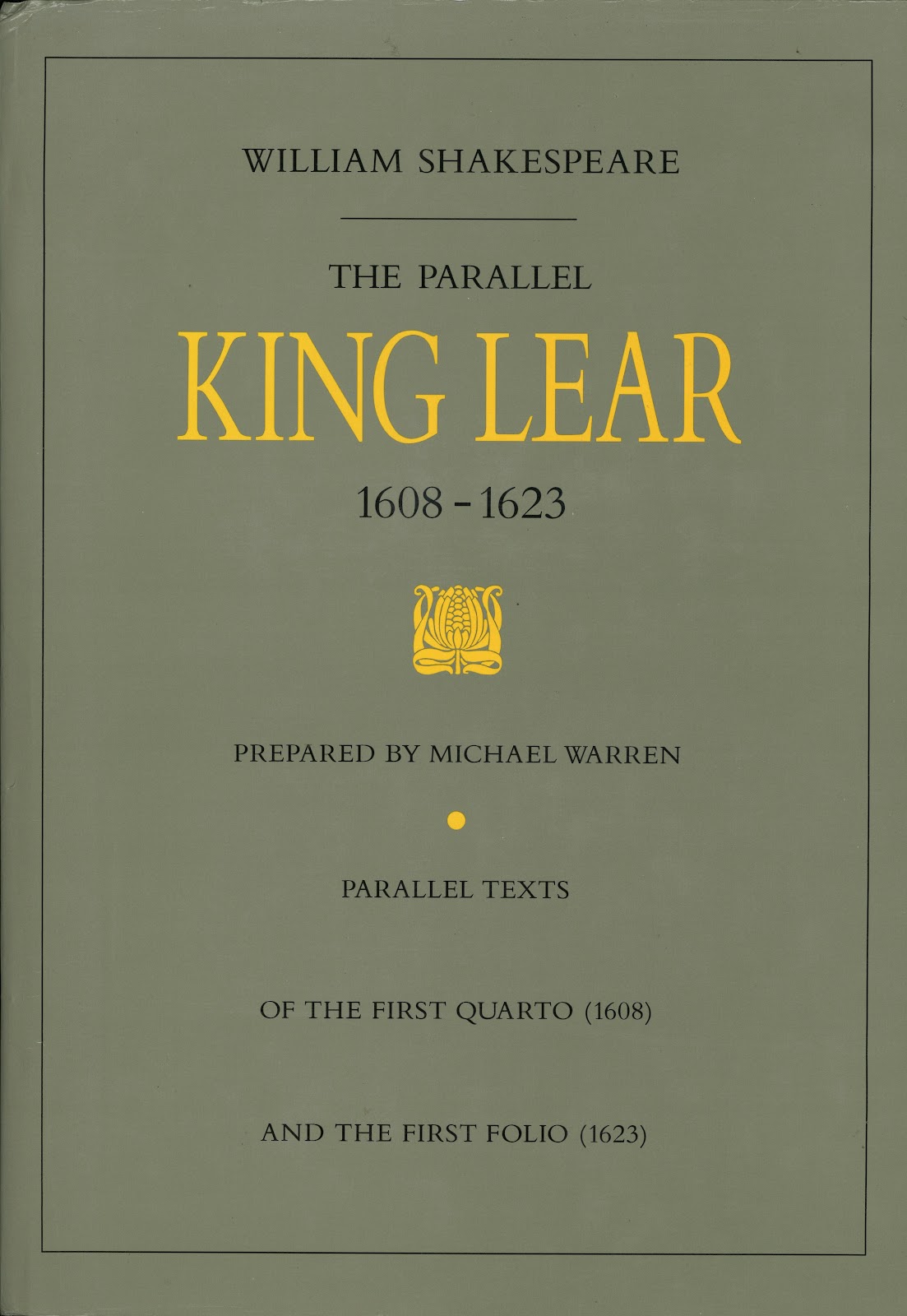 Shakespeare, William. The Parallel King Lear: 1608-1623. Prepared by Michael Warren. Berkeley: University of California Press, 1989.My previous post reminded me that I had never written about The Parallel King Lear. I've covered The Three-Text Hamlet (for which, q.v.) and spoken of how useful it is (for which, q.v.).
The Parallel King Lear is also very useful. The first quarto text (1608) is presented side-by-side with the first folio text (1623). Moreover (and it differs from The Three-Text Hamlet in this), the selections are presented in facsimile. It also is enormous—each single page is nearly eleven by seventeen inches! Finally, it also contains columns of corrections made during each print run. It's really a four-column King Lear, but the center columns are where most of the action is.

The precise relationship between Q1 and F of King Lear is much debated. And that's an understatement. Gallons of scholarly ink has been spilled on the subject. The older orthodoxy was that F represented a revision of Q1—or that Q1 was a "bad quarto" (in other words, one not representing authorial intention). Recent critical approaches have gone so far as to argue that these two texts of King Lear, Q1 containing 300 lines not in F and F containing 100 lines not in Q1, are so different as to represent two separate plays. That's why you can buy King Lear in the Pelican edition in three different forms:  Q1, F1, and a conflated text.  The Oxford Shakespeare (the Norton) also couldn’t decide which to print in its complete Shakespeare, so it prints all three.
Whatever you think about the two texts of King Lear, this volume is a tremendous resource for seeing at a glance where the differences are. In my previous post, I provided a scan of Act I, scene iv to illustrate some differences between the texts. Here, I've decided to show the differences between the ending of Q1 and the ending of F, a key one of which is who gets the ending line. 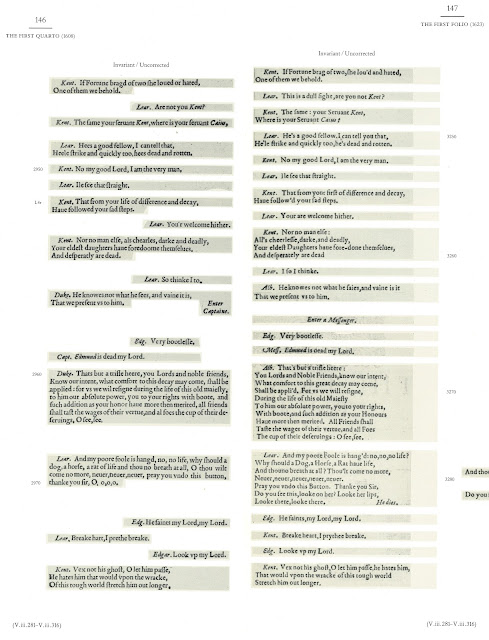 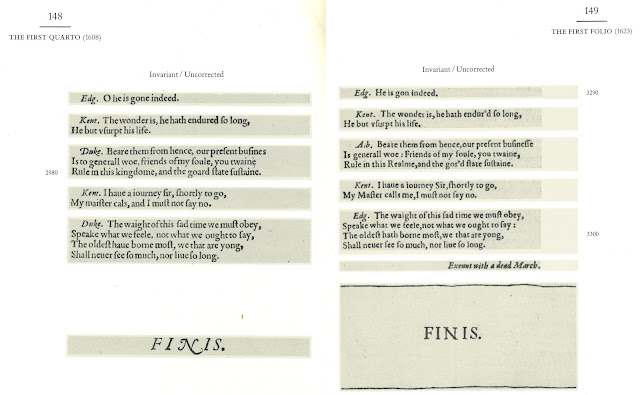 The question of whether "Duke" (i.e., Albany) or "Edg." (i.e., Edgar) gets the last line is fascinating. But I won't say more about that just now.
And there's one other line attribution that I've only just noticed—it's amazing what you'll find just glancing through a volume like this! In F, we have a stage direction to mark Lear's death; in Q1, we don't. After that stage direction in F, Kent says, "Break heart, I prithee break." In Q1, that line is given to Lear.
I'm not quite sure what to make of that—but doubtless something could be made of it! I'll think about it this summer and work my ideas into my fall Shakespeare class.
Note: I've also only just noticed that, in addition to the volume I've been writing about, there is a four-volume set that includes this volume, a volume that is a facsimile of Q1, a volume that is a facsimile of Q2, and a volume that is a facsimile of F. It's really expensive, but you can get it here.
Click below to purchase the books from amazon.com
(and to support Bardfilm as you do so).