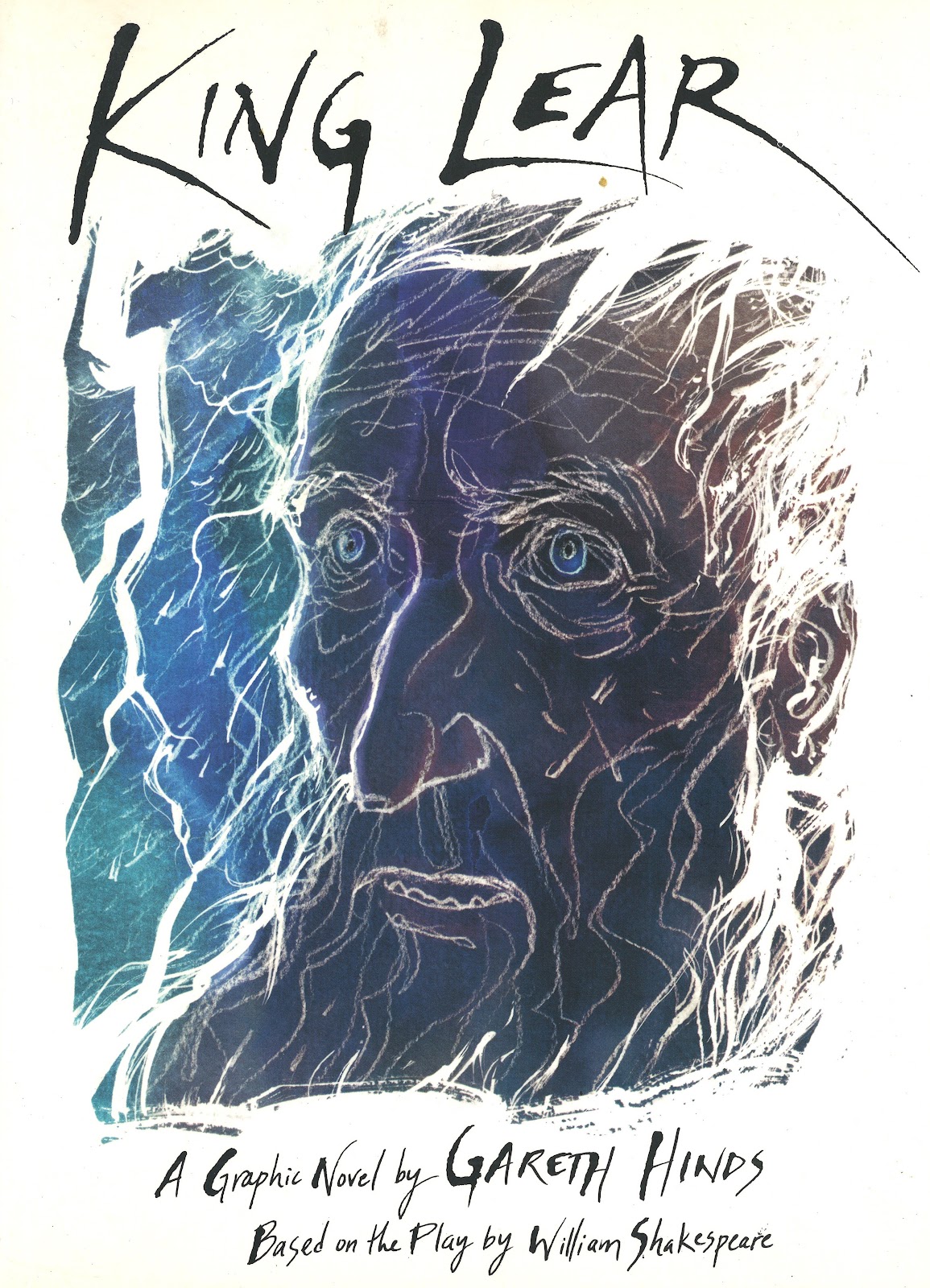 Hinds, Gareth. The Merchant of Venice: A Play by William Shakespeare: Adapted and Illustrated by Gareth Hinds. Cambridge: Candlewick Press, 2008.While we're talking about graphic novels of Shakespeare plays by Gareth Hinds, let's take a look at his King Lear. [Note: He also has one of Macbeth, but it doesn't have as much interest (to me) as his Lear and his Merchant.
The Merchant is pretty straightforward, though set in a more modern era. With King Lear, Hinds is able to have more scope with the graphics—partly to show Lear's descent into madness.
I'm providing three spreads from the book. The first is at the end of Act Two. In it, Lear's mind is starting to go. The second is the storm scene—I felt the need to show how Hinds addressed it. And the third is from Edgar's leading the blinded Gloucester to what Gloucester thinks is the edge of a cliff. It's there to show that the book is not monochromatic. 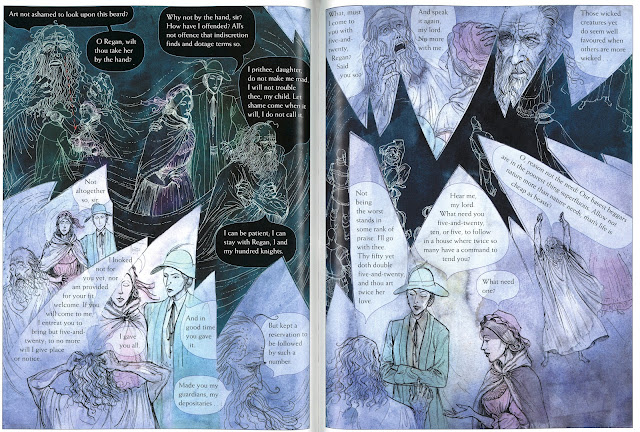 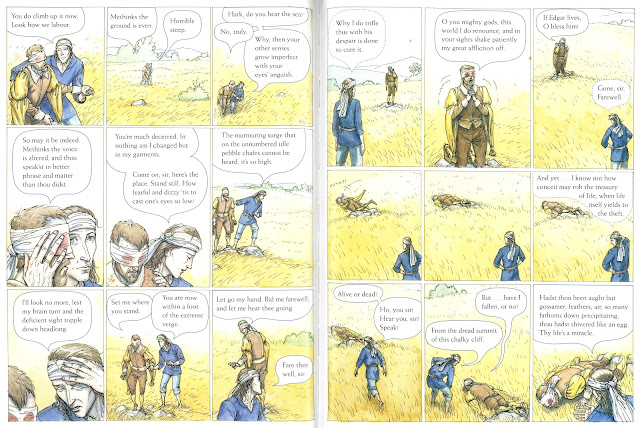