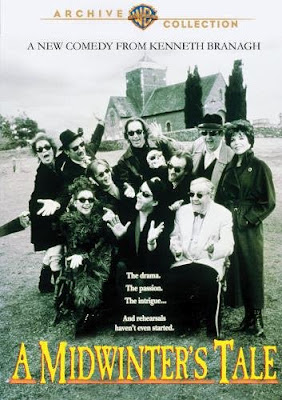 I've written about the film multiple times (for one of which, q.v.). But the film has been hard to track down—and it's been exclusively available in VHS. But I was thrilled to discover and I'm thrilled to announce that a DVD of the film has been released. Even though it apparently lacks the usual bells and whistles of the modern DVD, it is available, and that is an enormous step forward.

One of my favorite scenes involves the auditions. Watch this, and then see if you can resist buying the DVD immediately:


Complete kudos to whoever decided that it was time for a DVD release of this magnificent (and magnificently-funny) film.
Links: The Film at IMDB.