Kit Marlowe in the Old West 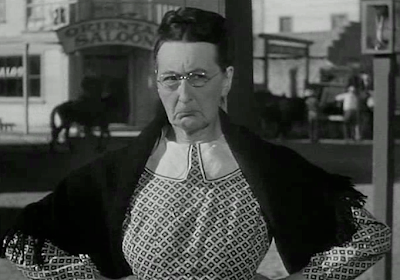 Stagecoach. Dir. John Ford. Perf. John Wayne, Claire Trevor, Andy Devine, and Thomas Mitchell. 1939. DVD. Warner Home Video, 1997.
In searching for ways in which My Darling Clementine could be connected to Hamlet (for the beginning of the discussion, q.v.), I chanced upon The Invention of the Western Film: A Cultural History of the Genre's First Half-Century, a book by Scott Simmon that has a chapter devoted to the idea. Part of the book is available through Google Books. The chapter is fascinating, and it does what a MicroBlog on Shakespeare and Film doesn't have time to do: it develops the depth of the connection quite fully.

It also mentions a number of other connections to Shakespeare in western movies. Of these, I explored one that seemed promising: Simon argues that Doc Holliday “sounds like an extension of Doc Boone in Stagecoach, another heavy drinking, Shakespeare-quoting frontier surgeon” (225). I haven't had the time to review the film in question in depth (so please don't take this as pedantic criticism), but the only literary allusion I found in a brief glance through the film was the following drunken misquotation (I believe it's a purposeful and comic misquotation) of two lines from Christopher Marlowe's Doctor Faustus:


The landlady has every right to look on skeptically. Not only does she know herself to be unlike Helen, she doubtless recalls the lines as written by Marlowe:


Was this the face that launched a thousand ships,
And burnt the topless towers of Ilium? (xii.81-82)

I suppose, though, if you follow the conspiracy theory that Kit Marlowe faked his own death, later emerging as the author of the plays attributed to Shakespeare, we might consider Doc Boone's lines to have a connection to Shakespeare. Perhaps Boone possesses the first draft of that play in Shakespeare's own hand—and perhaps that draft does read "Is this the face that wrecked a thousand ships, / And burned the towerless tops of Ilium?" But I remain as skeptical as the landlady pictured above.

Simmon, Scott. The Invention of the Western Film: A Cultural History of the Genre's First Half-Century. Cambridge: Cambridge University Press, 2003.
Links: The Film at IMDB.