The Dagger Speech from Men of Respect 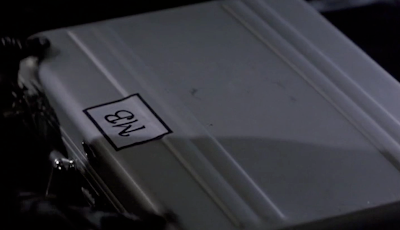 Men of Respect. Dir. William Reilly. Perf. John Turturro, Katherine Borowitz, and Peter Boyle. 1991. DVD. Sony, 2003.
Men of Respect is a derivative version of Macbeth. My reading of Geoffrey Wright's Macbeth (for which, q.v.) applies to this film just as aptly. Our Macbeth analogue (cleverly (the italics indicate some skepticism about just how clever it is) named Mike Battaglia) is a hit man attempting to become the head of the crime family he serves. Something is lost when we have an ignoble Macbeth fighting for an ignoble position among ignoble peers.

But the dagger speech is presented in an interesting way. The dialogue is entirely internalized, but the vision Mike has of the blood dripping through the ceiling seems like a reasonable substitute. I appreciate the telephone ringing to replace the "I go—the bell invites me" line.

I've added a brief (but telling!) bit of the film from after the murder. It's the derivative version of "Enter Ross with an Old Man." These speeches . . .

. . . have been transmuted into news about bad traffic and global warming: "Man, they said it was an earthquake, uh. Earthquakes on the East Coast! I mean, rocks fell on the Thruway. They got cars jammed up all the way to Poughkeepsie. They had a death toll. It's not even a holiday."

Mike gives the only possible response: "It was a rough night."