10 Things I Hate About You: The Television Series 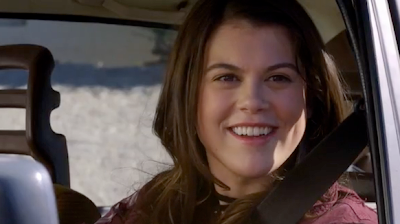 “Pilot.” By Carter Covington. Perf. Lindsey Shaw, Meaghan Jette Martin, Ethan Peck, Nicholas Braun, Cameron James, Dana Davis, Jolene Purdy, and Larry Miller. Dir. Gil Junger. 10 Things I Hate About You. Season 1, episode 1. ABC Family. 7 July 2009. DVD. ABC Studios, 2010. Hulu. Web. 22 February 2010.
I don't have too much to say on the television series version of 10 Things I Hate About You. In each remake, the distance from Shakespeare's Taming of the Shrew grows greater and greater and the allusions to Shakespeare grow fewer and fewer. In the film, occasional Shakespeare sonnets and Elizabethan garb shore up the Shakespeare side. In the first season of the television series, I noticed only one direct allusion to Shakespeare. Bianca tells her older sister that she intends to "befriend and beguile" the most popular girl in school. Kat replies with this line:

The rest of the series is a fairly-light riff on the film—which it, itself, a fairly-rough derivative of Shakespeare's play. Still, the series is a nice, light comedy freely available (as of this date, at least) to view on Hulu! Enjoy!