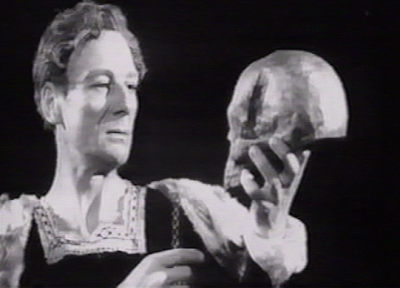 The clip comes from the BBC Serial Documentary Changing Stages, a work that seems more and more indispensable every time I dip in to it.

Gielgud has done so many remarkable Shakespearean things (as well as playing Mr. Beddoes in the 1974 film version of Murder on the Orient Express) that it would be impossible to list them here; however, that voice, which is like being hit in the ear with a velvet boxing glove filled with slices of lemon, is used to perfection in Peter Greenaway's Prospero's Books (for which, q.v.). Just listen:
Copyright 2008-2039 by kj at 6:10 AM