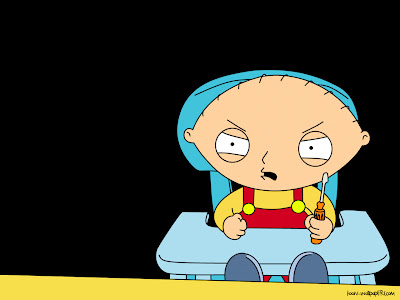 I wasn't able to find a video clip, but I did track down the audio, which I've mashed up in this mix of Laurence Olivier and The Family Guy Players. Note: Due to the great YouTube crash of 2009, the mash-up has been lost. Instead, here's the actual footage.

Click below to purchase the full run from amazon.com
(and to support Bardfilm as you do so).

how can i get that video, my english teacher would die if he saw it, he keeps talking about it all the time, where just about to finish Richard III

The whole episode is in the DVD of Season Two of the show. Or you could just send your teacher the link to this URL! Hello, teacher! Keep up the good Shakespeare teaching!