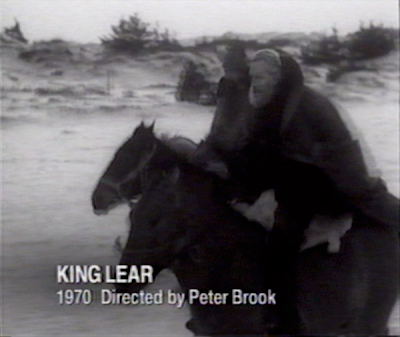 
Click below to purchase the film
(assuming you have access to a Region 2 DVD player)
from amazon.com
(and to support Bardfilm as you do so).

Good news - Brook's King Lear in its entirety can currently be found on Youtube... with Spanish subtitles, admittedly... This is marvellous as it's not available on DVD in NZ either and I was about to buy a VHS player just to see it again. http://www.youtube.com/playlist?list=PL7C010DA6260FA287

Wonderful! Thanks very much for calling our attention to that link!