Circuitous Motion Brings us to The Cosby Show

It started with the Campbell Scott Hamlet (which people, inexplicably to me, seem to admire beyond all singing of it—more on that later), and ended up with Theo and Cockroach singing something of a rap version of Mark Anthony’s speech.

I was trying to figure out where I’d seen Roscoe Lee Brown (pictured above) before. He plays Polonius in the Scott Hamlet. In a search of IMDB, I saw that he had played a role in a Cosby Show episode entitled “Shakespeare.” Fortunately, our library had a copy readily-available.

Another episode seems to have some Macbeth-related material, but I haven’t gotten there yet. 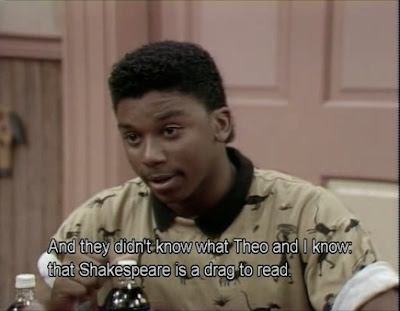