Further Back in Cosby's History, We Find Macbeth 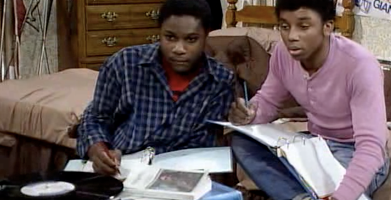 Although not nearly as entertaining (or as Shakespeare-centered . . . and the two things may go hand in hand), the episode has its moments.

It’s the first appearance of Cockroach, for instance.

Also, it comes down pretty hard on substituting the text with the version by Cliffs Notes.

And their confusion over the LP version of the play is pretty convincing.