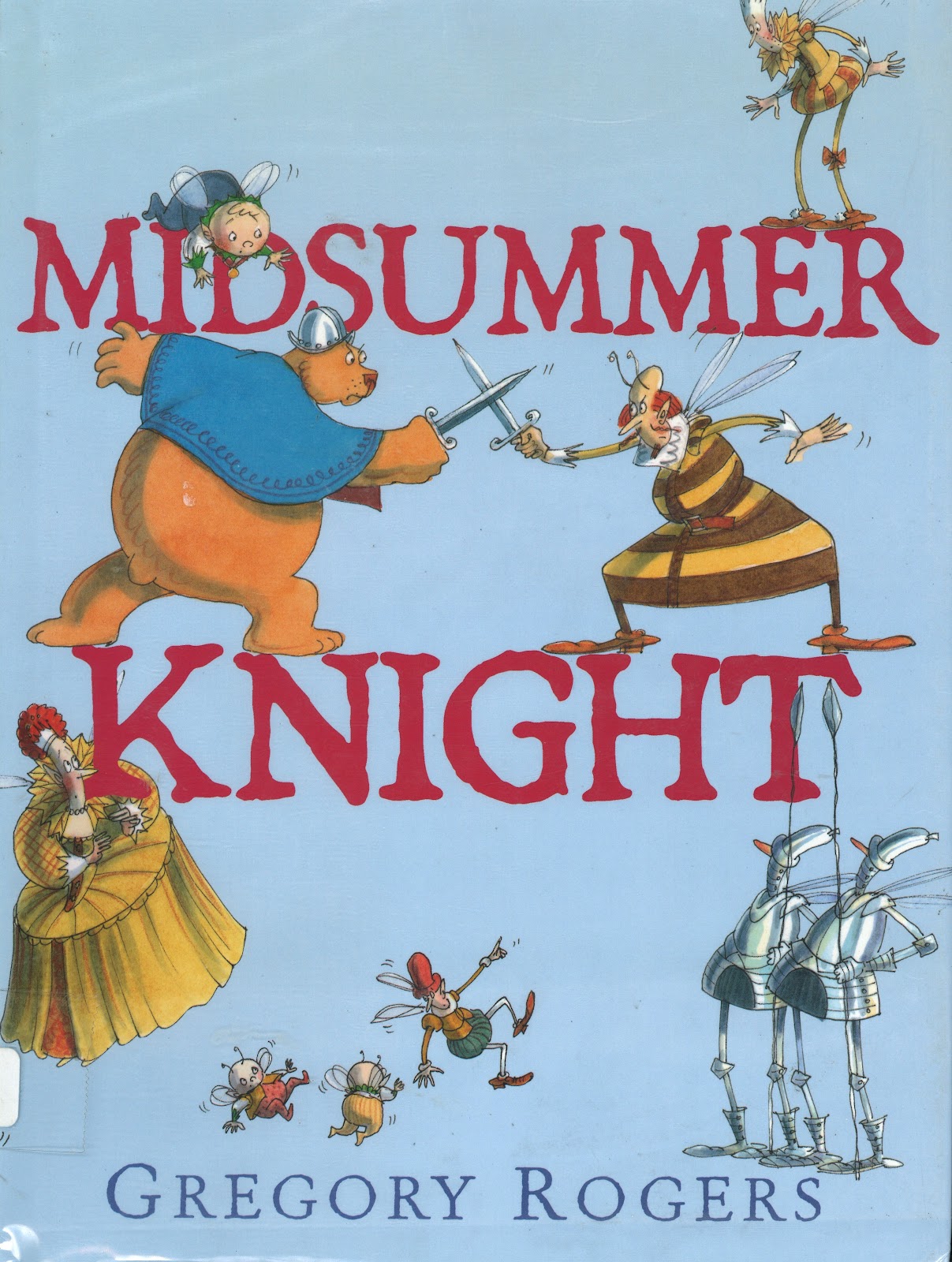 Rogers, Gregory. Midsummer Knight. New Milford: A Neal Porter Book (Roaring Brook Press), 2006.When we last saw our ursine hero at the end of The Boy, the Bear, the Baron, the Bard (for which, q.v.) he was drifting down the Thames—out of danger, but also out of the eponymous Boy's life.
Midsummer Knight—not quite a sequel / more like a companion book—follows the bear downstream where he enters a mysterious forest, gets shrunk to a tiny size, and meets a bunch of fairies—many of whom look almost exactly like the characters in The Boy, the Bear, the Baron, the Bard—just with fairy wings.
Eventually, the wingéd Boy and the shrunkén Bear discover that the Fairy Queen has been imprisoned—with a fairy version of the Baron from the first book. But they only discover this by being thrown into prison themselves! And who does the throwing? Fairy / Bumblebee William Shakespeare!
Midsummer Knight is another wordless book, which adds to the complexity of the narrative. Here are a few pages from about midway through: 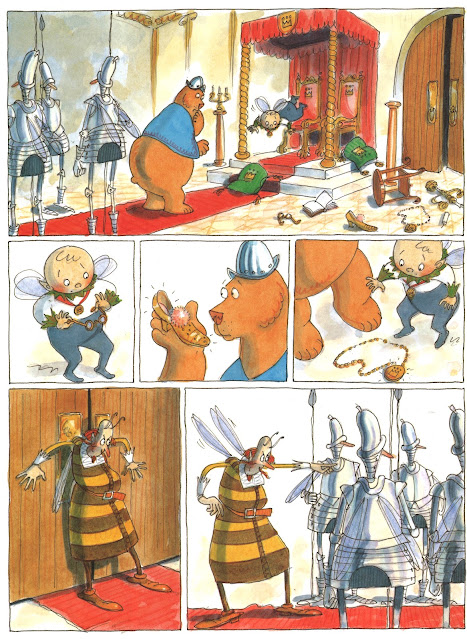 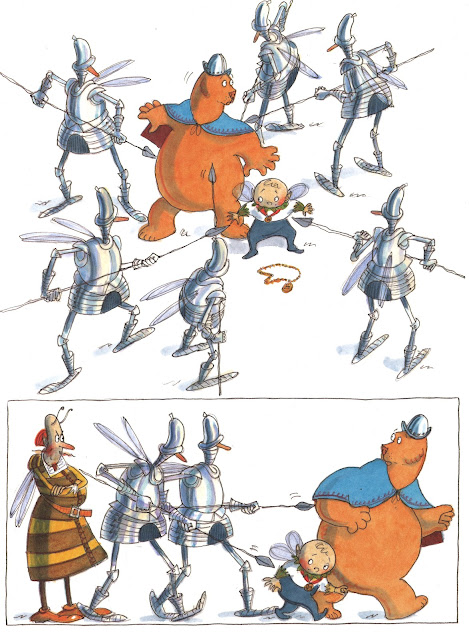 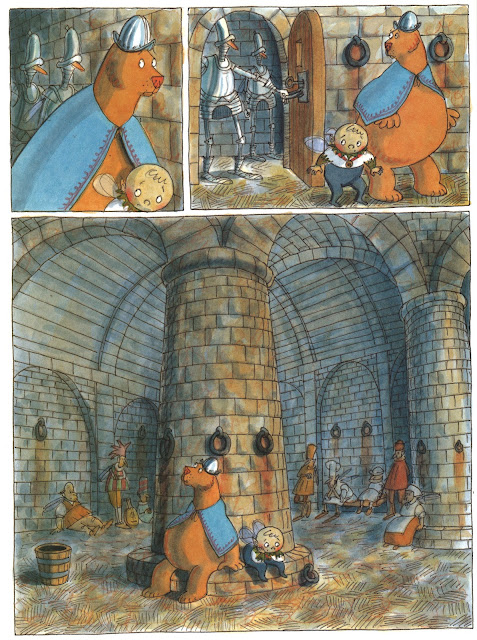 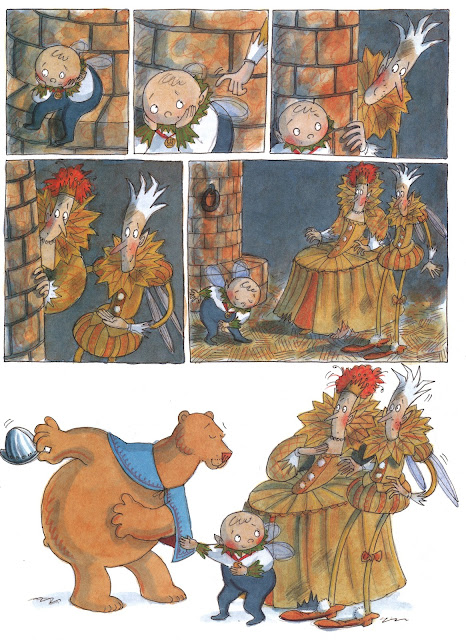 I'm not sure why Shakespeare has to be the bad guy in these books (he—if it is he—is also a bad guy in The Hero of Little Street, the third in the set), but there you have it.
I hope this whets your appetite for tracking down the book and reading the rest of it!
Click below to purchase the book from amazon.com
(and to support Bardfilm as you do so).

Bonus Images from The Hero of Little Street, in which the boy meets the dog from the painting The Arnolfini Marriage and they go on an adventure which includes the Shakespeare-looking character making stray dogs into sausages: 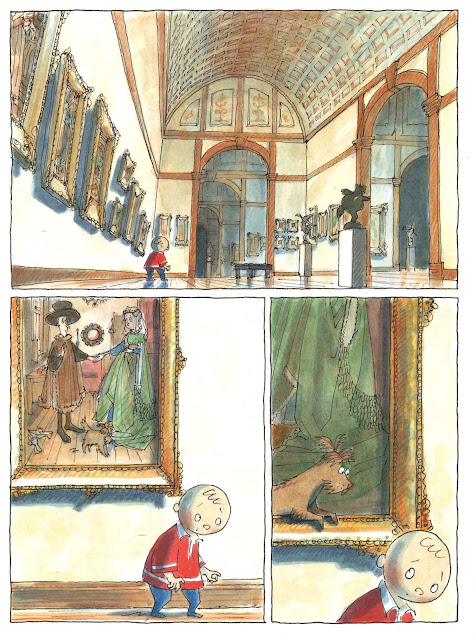 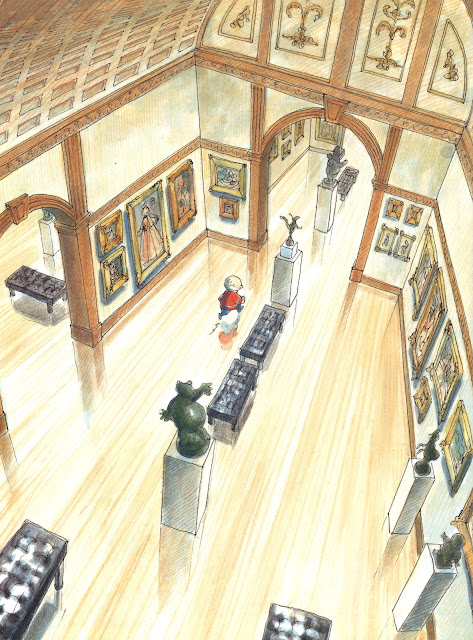 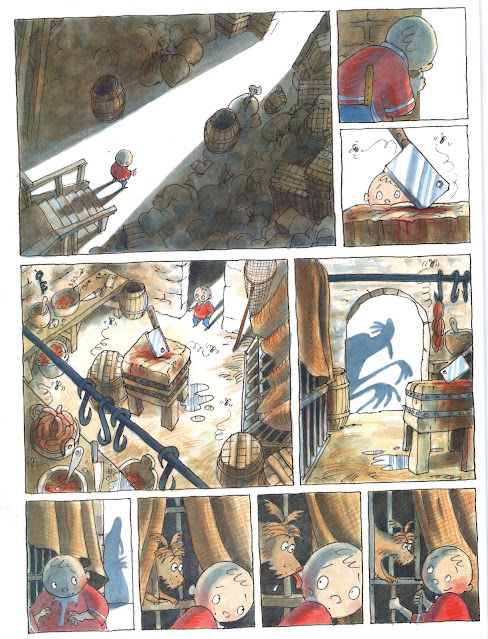 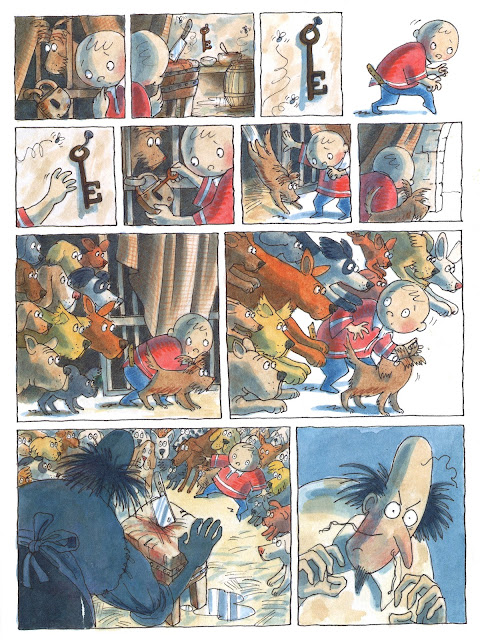