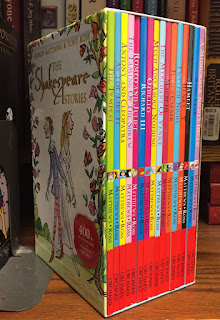 These are more than fabulous introductions to the plots of the plays. Each one has a brief essay at the end that opens up some of the questions raised by the play in question.

And they're illustrated by Tony Ross, who is deeply influenced by Quentin Blake (who illustrated many of the Roald Dahl books). I find the illustrations to fit the plots and their retellings perfectly.

Let me show you what I mean—and, just so you know, the books are available individually as well as in the box set pictured here, so if you just need the Hamlet, you can get it.

Speaking of Hamlet, here's The Shakespeare Stories' take on it:

Matthews, Andrew. Hamlet: A Shakespeare Story. Illus. Tony Ross. Croydon: Orchard Books, 2015.
I'm very fond of the Hamlet for its illustrations and its clarity of plot presentation, but it does reveal one critique I have of all the stories: it needs more Shakespeare! I know that they're designed for early readers, but Shakespeare has many passages that are clear and comprehensible, and working those in would provide a terrific foundation for kids reading the plays later. couldn't they work in "to be or not to be" in the section that provides Hamlet's POV during the big soliloquy?

But let me give you a substantial portion of this retelling of the play. Each retelling has a brief dramatis personae, so we'll start with that, and then we'll get Hamlet's most famous soliloquy and some interaction with Ophelia. 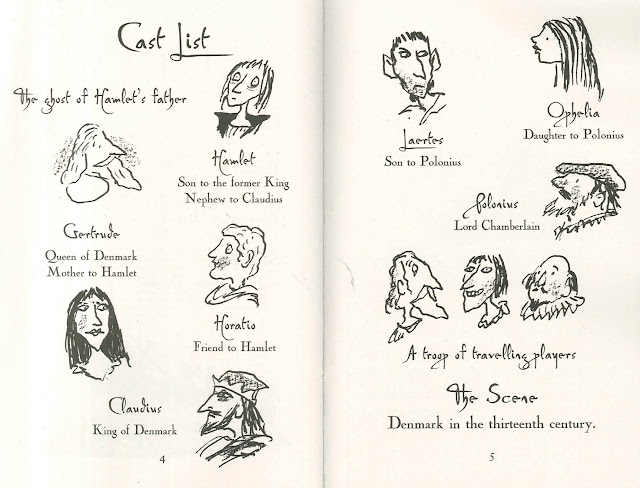 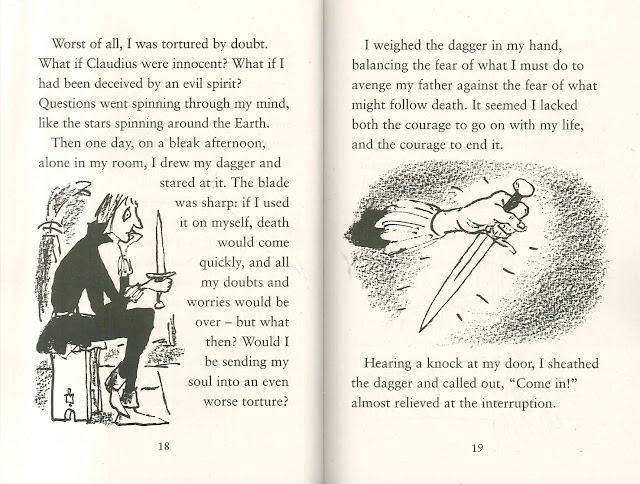 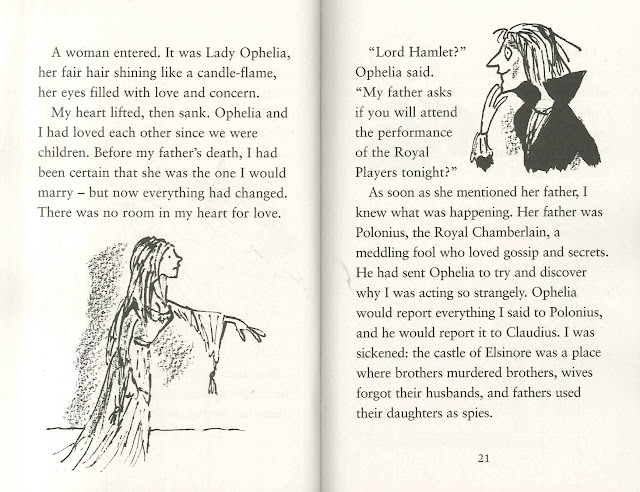 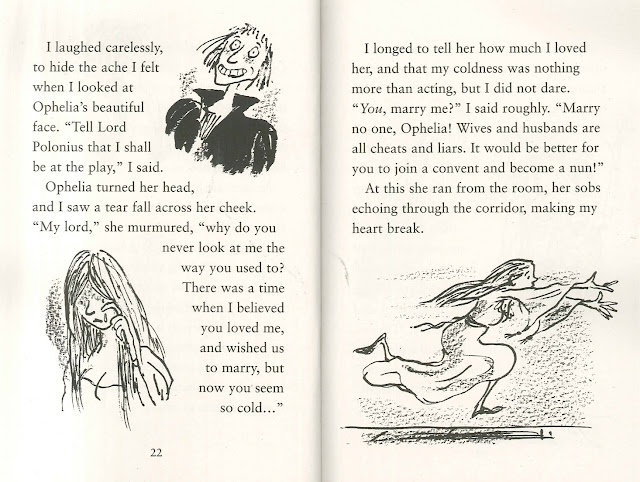 Matthews, Andrew. The Tempest: A Shakespeare Story. Illus. Tony Ross. Croydon: Orchard Books, 2015.
We can turn to The Tempest quickly—for two main reasons. First, I like the way Caliban is presented. He's a monster, but a sympathetic rather than a scary one. Second, the second spread below shows that the books do incorporate quotations from Shakespeare—but not as part of the retelling . . . just as interludes or epigraphs. 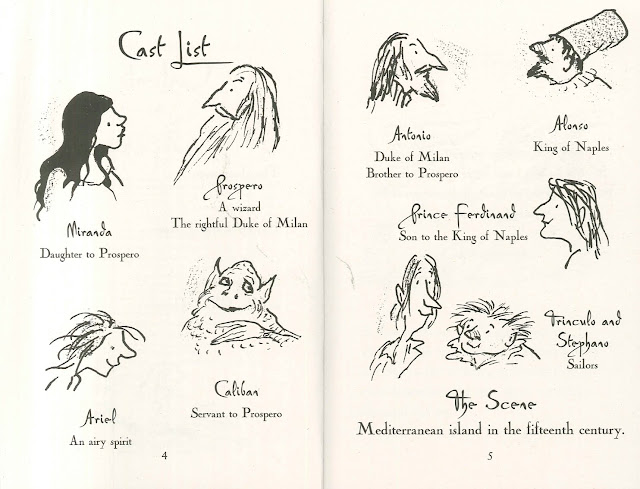 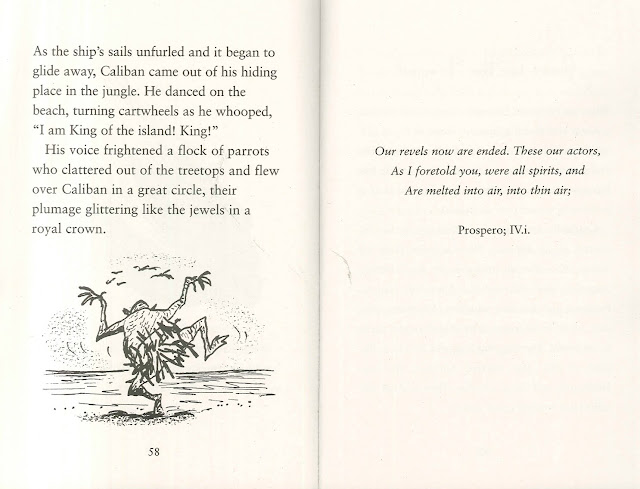 Matthews, Andrew. Twelfth Night: A Shakespeare Story. Illus. Tony Ross. Croydon: Orchard Books, 2015.
I wanted to provide a sample of the short essays as well, so here is the one for Twelfth Night, which I thought was just right for opening questions about the play—getting readers to start thinking about what they've just encountered in a retelling and preparing them for what they may encounter in a future, fuller version of the play. 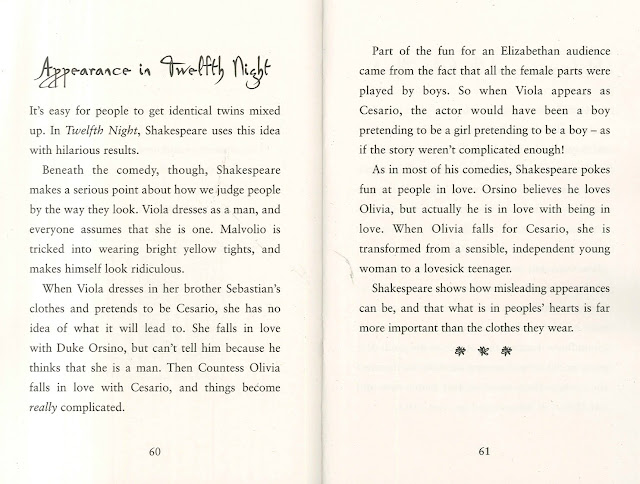 All in all, these are highly recommended additions to family libraries, school libraries, and personal libraries. And they make fantastic gifts from Shakespearean aunts and uncles to potential Shakespearean nieces and nephews.
Click below to purchase the books from amazon.com
(and to support Bardfilm as you do so).

Thanks so much for this thorough review! Very helpful!