Book Note: As I Descended

Talley, Robin. As I Descended. New York: HarperTeen, 2016.
As I Descended is a young adult novel that is derivative of Macbeth. Its title comes from a question Macbeth asks not long after the murder of Duncan.

This version of the plot is set in an upper-crust boarding school with a history of ghosts and supernatural activity. Indeed, our Macbeth analogue is tempted into action when a Ouija board says "Usted conseguirá lo que más desea" (20)—you will have what you most desire.

The novel generally follows the plot of the play, but the characters have been changed along with the setting.  Our Macbeth and Lady Macbeth are Maria and Lily, a lesbian couple. Duncan is Delilah, the top student and soccer player. The Kingdom of Scotland is the college scholarship for which they're competing.

All in all, it's a compelling read, but it does take agency away from the characters and give it to a myriad of ghosts, figures from folklore, and other supernatural creepy things. Some sample pages follow.  Note: The extracts below are not appropriate for all readers.

The first encounter with the supernatural elements in the novel: 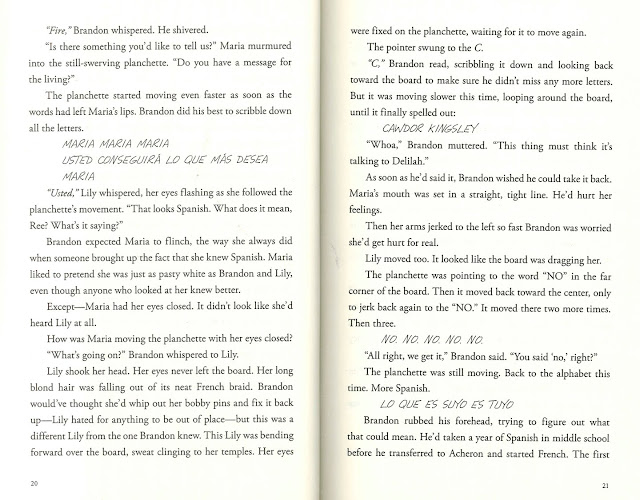 Maria starts to realize that the spirits are telling the truth: 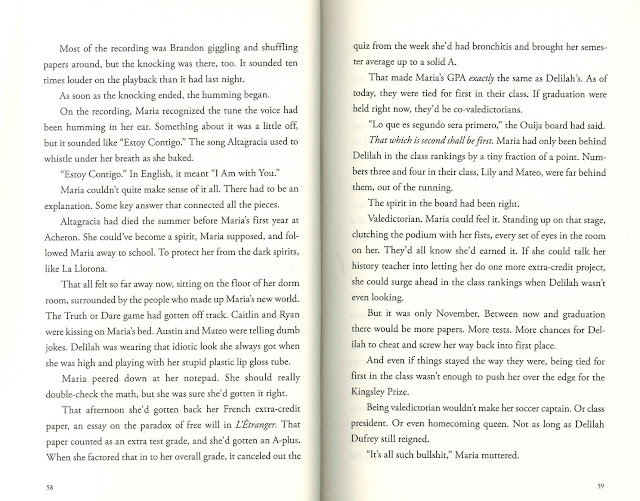 Lily persuades Maria to put drugs in Delilah's glass so that she'll test positive on the upcoming drug test and lose her chance at playing on the soccer team or winning the scholarship: 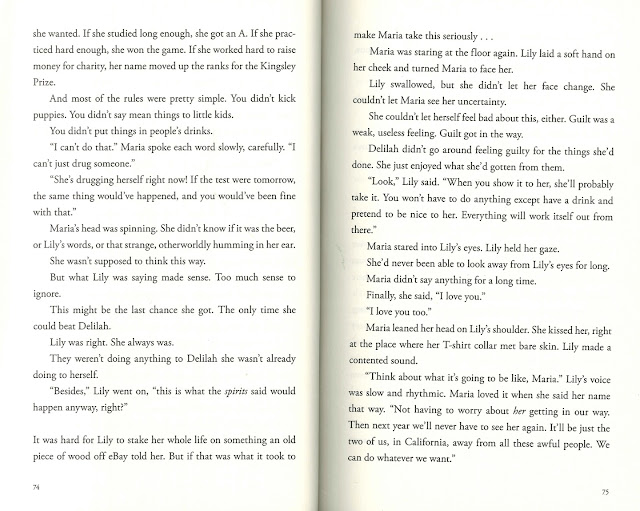