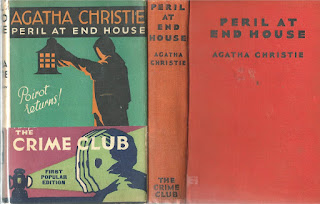 Christie, Agatha. Peril at End House. New York: Bantam, 1988.
I'm sure Dame Agatha Christie was asked—far more often than she liked—where she got the ideas for her novels.

I think I can answer where she got one of the ideas in Peril at End House, a novel from the early 1930s.

Actually, it's Hercule Poirot's idea, but I imagine Dame Agatha had something to do with it.

I'll tell you the plot point and then provide the text to support it.

In the novel, several attempts have been made on the life of Mademoiselle Nick Buckley. After the last, Hercule Poirot has put her in a private hospital with strict instructions that she should see no one but him and Hastings and that she should eat no outside food. Unwisely, she eats a chocolate that she thought was sent by Poirot himself and becomes very—but not dangerously—ill.

That's when Poirot has the idea. See if you can figure out where he may have gotten the idea. It starts about halfway down page 142 below (click on the images to enlarge them): 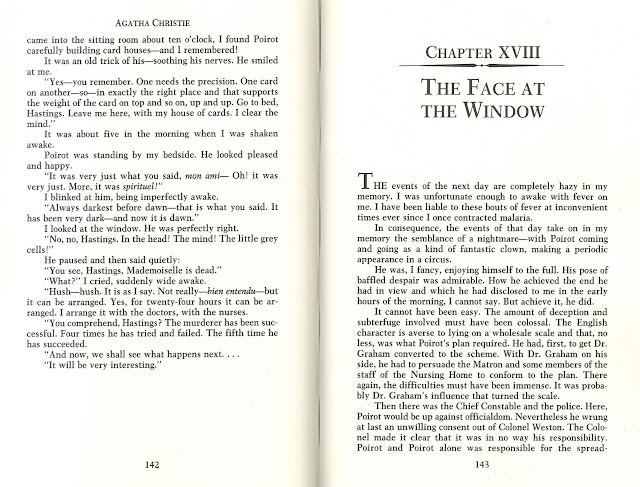 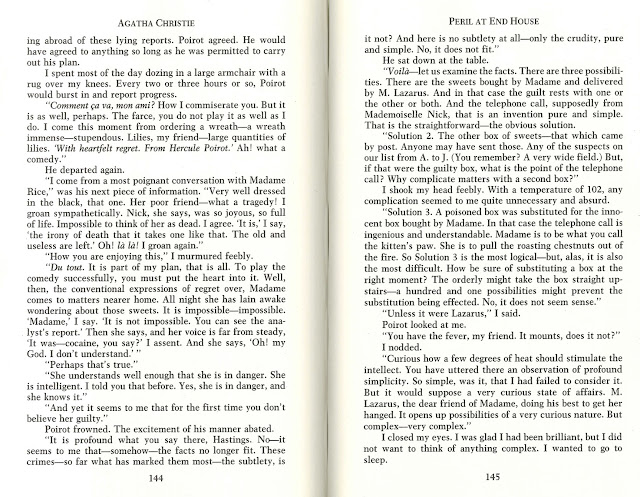 Where could he have thought of such a thing?

I'll just provide you with a quick speech from Friar Francis in Much Ado About Nothing:

Pause awhile,
And let my counsel sway you in this case.
Your daughter here the princes left for dead:
Let her awhile be secretly kept in,
And publish it that she is dead indeed. (IV.i.200-04)

Poirot's motives are a little different—he wants to smoke out the attempted murderer—but the plot is the same!

I'll let you read the novel to determine whether the end is more like Much Ado's or Romeo and Juliet's.
Click below to purchase the book from amazon.com
(and to support Bardfilm as you do so).

Somebody ought to write a paper about all the fake deaths in Shakespeare. Juliet, Hero in Much Ado, Cleopatra ... is it always the girls?